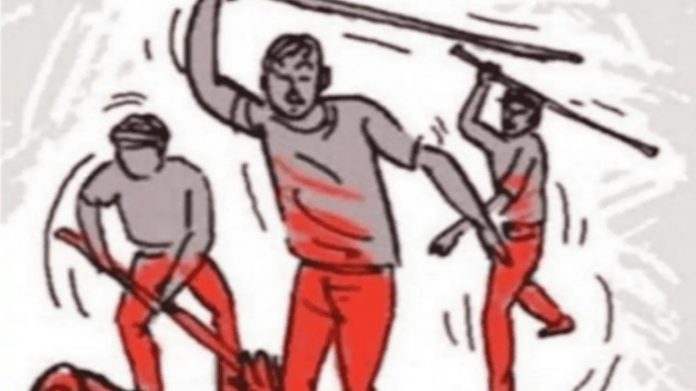 ALIGARH : A Dalit man was allegedly beaten to death in Uttar Pradesh’s Aligarh district on suspicion of stealing a guava from an orchard in Manena village.

The incident took place on Saturday and the police have registered a case of murder and invoked relevant sections of the SC/ST Act against the two accused — owners of the orchard — named by the family of the victim.

Deputy superintendent of police Abhay Pandey said that both the accused have been arrested.

Satya Prakash, brother of the victim Om Prakash,25, said, “My brother had gone to relieve himself in the forest and while returning home picked up a guava from the ground at the orchard. Seeing the guava in his hand, some of the local men, including Bhimsen and Banwari, the orchard’s owners, thrashed him brutally with lathis and other heavy objects until he lost consciousness. There were innumerable marks on his body.”

Police said that Om Prakash was found lying unconscious on the ground. They rushed him to the district hospital, where he succumbed to his injuries.

A senior police officer said, “The body has been sent for post-mortem. Further investigation is underway.” — IANS

Muslim student beaten to death by teachers for ‘stealing’ watch