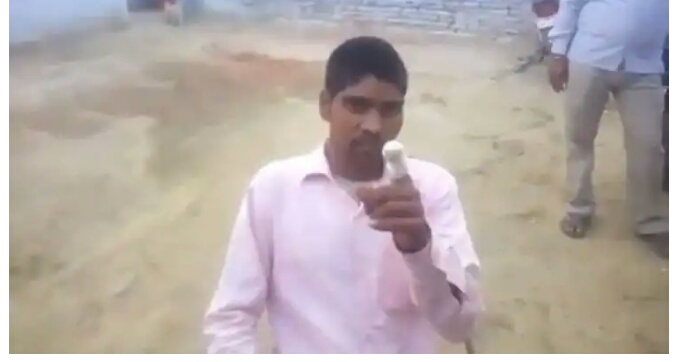 Lucknow : A Dalit man, who accidentally cast his vote for the Bharatiya Janata Party (BJP) in Uttar Pradesh’s Bulandshahr, has chopped off his index finger for the “mistake”.

Pawan Kumar, in a video clip that has gone viral on social media, can be heard saying that he got confused with too many symbols on the voting machine and pressed the wrong button on Thursday.

“I wanted to vote for the elephant, but I voted for the flower by mistake,” he said in the video.

Kumar had gone to vote in the Shikarpur area in Bulandshahr and cast his vote for BJP’s Bhola Singh instead of the Bahujan Samj Party’s Yogesh Varma.

He said he was a Dalit and it was his duty to vote for the elephant (the BSP symbol). He added that the ink mark on his index finger reminded him of his mistake for which he chopped it off.IANS