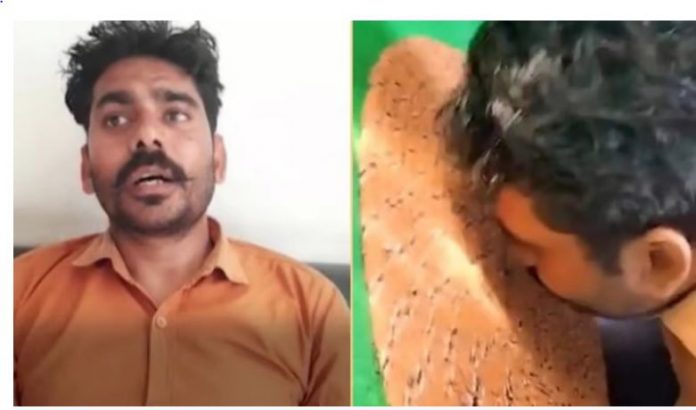 A 32-year-old Dalit man was forced to rub his nose on a temple platform in Rajasthan’s Alwar district for a remark he made on Facebook in connection with The Kashmir Files. Eleven people were booked and seven of them were arrested on Wednesday.

Thirty-two-year-old Rajesh Kumar Meghwal had said Dalits and other communities are also subjected to atrocities but why movies such as Jai Bhim are not made tax free? “I said the movie [The Kashmir Files] has shown atrocities against Kashmiri Pandits and is being made tax-free. That is fine, but there are also atrocities against Dalits and other communities. Why are movies such as Jai Bhim not made tax free?” he was quoted by The Indian Express (TIE) as saying.

He further said that villagers and a former sarpanch started to pressurise him to apologise at the village temple. They started heckling him and forced him to rub his nose at the platform of the temple against his wishes.

An FIR was lodged at Behror police station under sections 143 (punishment for unlawful assembly), 342 (punishment for wrongful restraint), 323 (punishment for voluntarily causing hurt), 504 (Intentional insult with intent to provoke breach of the peace) and 506 (punishment for criminal intimidation) of the IPC and relevant sections of the SC/ST (Prevention of Atrocities Act) and 11 people were booked, TIE report said.