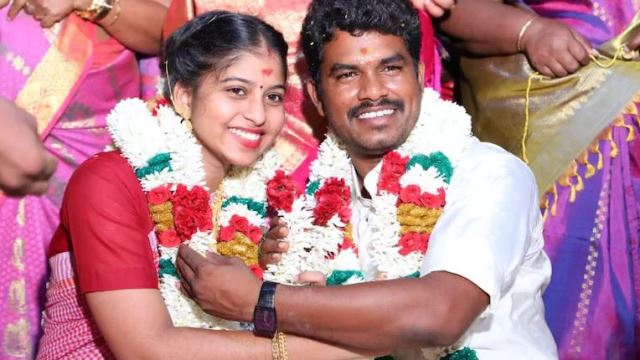 When Prabhu, who belongs to the Dalit community, was solemnising his marriage at his house, the bride’s father Swaminathan barged into the house, doused himself in flammable liquid and threatened to set himself on fire.

He alleged that his daughter has been abducted by Prabhu and forced into marriage. Those around prevented him from executing his threat and took him to the police station. A First Information Report (FIR) under section 309 (attempt to suicide) of the Indian Penal Code (IPC) has been filed against Swaminathan.

“Kallakurichi MLA A Prabhu lured her (my daughter) with kind words and abducted her on October 1 around 4 pm,” he said while talking to local media persons.

According to media reports, Swaminathan has alleged that Prabhu had been friendly with his family for the past 15 years and that he has been in love with his daughter for the past four years when she was still a minor.

He claimed that caste was not an issue for him, and his primary opposition was related to the age difference between them.

Following allegations that Prabhu had adducted an unwilling Soundarya, the MLA put out a video in which he can be heard saying, “There are some rumours doing the rounds that I kidnapped her and that threatened to kill her, and therefore forced her to marry me. All that did not happen.”

He further added that the duo was in love for the past four months and that they had sought her parents’ permission to marry. “When I approached her family, asking her hand in marriage, they refused. Then we decided to marry each other with my parents’ permission”.

I did not threaten her or her family nor did I lure her into marriage. We fell in love and married each other,” he said in the video message.