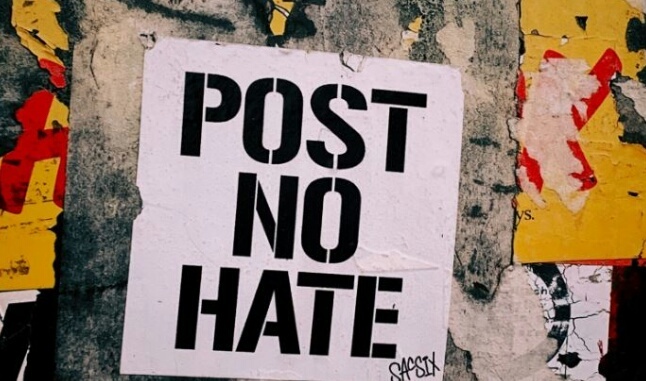 Thinking of writing this for long however, could not do it facing backlash- from all corners. However, this time, I have gathered my all courage to say this -loud and clear !

Our community has a strong ‘activism syndrome’ which is only reflected by their social media posts. We are so trained in this adventure that we have learnt the ‘art’ and ‘science’- both of jumping the gun, although holding our backs to the wall. I am perplexed that why we tend to engage in hate mongering social media posts despite knowing very well that even best of constructive arguments won’t change the heart of the person who has posted such content-full of hatred.

I have carefully studied this pattern of hate mongering posts albeit, with a rider that my study cannot be said as perfect. Let us take example of a politician known by the name of Kapil Mishra. In his pre- BJP days, he was with AAP and just google some of his videos and tweets of the erstwhile AAP era and you would sense what I intend to convey, which I aim not to repeat hereinafter for the sake of brevity. Even he went on record in Delhi assembly levelling serous allegations against our current PM with one incident which happened just before 2014 elections. Thereafter, he switched the sides and aligned with BJP. He was being confronted by a serous identity crisis and due to his earlier venomous speeches against ruling party leaders, he was trying his best to overcome the previous ‘stigma’. So, he rebranded himself into well calculated hate mongering with high octane contents- and, it worked. Not only he was successful in obtaining ticket in assembly election, though he was defeated, but also, he had his hall of fames. This is not a fiction – a story which everyone could testify amid the era of social media contents availability with a click of a button. What moral we take from this ? That, in politics, there is no ideology. In politics- what it matters is to get power- at any cost. Remember that someday even if  Mishra chooses to switch his sides and join congress- he would be branded as one who wants to pay for his sins. Unbelievable! Okay! So, Sanjay Nirupam is an example!

Please understand that with growing unemployment amid youths, many tend to find their destiny in politics. For that and to avoid the long queue they need some catalyst substance. So, they start with hate contents and this is when we, without understanding the prognosis, and with attitude of cantankerous headmaster intervene and try to preach senses. Even some of us crosses the fine line and take the same approach as of hate mongers. This is where they get success. Why? Wait for a sec. They need you to amplify their hate mongering so that they could reach the zenith of success by jumping the long queue in drawing imperative attention of their political masters. Do you think that pictures like shooting Mahatma Gandhi with toy gun and ministers praising Godse as nationalist are accidental ? No, it is done with sole purpose of hatching the larger plot as said forgoing. So, what we should do? Should we just avoid ? The solution is … no, let law takes their own course. Just report such posts, if you intend so,  and keep silence. Do not amplify the posts by sharing and commenting. Unfriend them or block on social media, simply.

Please note that majority of Indians are still people with secular credentials. They want to live in peace! However, they are also scared of confronting these hate mongers. Their apprehensions are not entirely unfounded and unwarranted.

We also need to control our nerves in commenting on each and every issue whether it pertains to us or not. Today morning, I saw my social media  flooded with posts commenting, albeit with satire, on alcohol shops. I ask… why? Why even we need to comment on such issue? I know good Samaritan will say how it’s wrong to call spade a spade? Yes, you are right … but not always. Remember demonetization which was made a communal issue by our own firebrand rhetorical leader! Suddenly blood thirsty media captured the moment and wow! You may disagree with me – but- let me tell this very stairway that communalisms has also penetrated in minority community. It may argued as reaction … but society do not works on law of Newton! Can we condone hate mongering rhetoric of Akbaruddin Owaisi under the disguise of similar speeches, or if much higher octane,  being made by others? No, I cannot.

Engaging in verbal spat with hate mongers only embolden them. They get what they want! Believe me … it’s all about TRPs… be it on televisions or any such definition akin to social media. Even rushing to courts or police stations by lodging complaints do not serve the purpose – for all cases. Most people by filing a complaint before a police station thinks that their job is done, and they start boasting it in social media! As a practising lawyer, may I draw your attention that every complaint being filed at police station does not culminate into FIR, without which investigation even do not kickstart. But, wait! Our self-styled warriors’ think that by filing complaints they have done their job. Now, the police, on their opinion albeit, misconceived, will have Carta Blanche to bring the culprits to justice. SM warriors celebrate such things on their posts and their followers joins the show ! And the end results – zilch … seriously zero. I have also carefully pursued some social media handles of self-styled social media warriors having lacs and thousands of followers …. and you know what they do ! Just spare sometime to search for such handles in our community and see the never-ending fiasco. They are even not worth to be discussed here.

So, by now you would be wondering what is the solution ? Indeed, there are solutions although there could not be a prescription-based solution for all problems. First of all, we must forthwith cease and desist in engaging with such hatred related posts even if they are by so called journalists. Avoid them .. simply .. don’t trend it.. don’t oppose it… the more even if you oppose it gets the desired TRPs or Trending. Let such hate mongering die it’s natural death. You are their actual intended receipts and the moment, we react, their purpose stands served. Avoid them, do not comment and don’t retweet/share. Let them play their match in their own field. Wouldn’t it be interesting … ? Think over it. Secondly, take professional legal assistance by practicing lawyers – not by those holding law degrees and boasting about themselves- having not argued a single case in their life. Don’t ! Hire a professional lawyer and deal with such cases in accordance with law. Do not rush to file cases for all such messages – coming from unverified trolls and persons struggling with identity crisis. Only push for those cases those who have some standing in society and who claim themselves to be a reputed person. And while exhausting legal remedies do not be selective … sue each and every one – who is hate monger- be it from any community, organisation or party. Last but not the least, have a close watch on new ‘Messiahs’ which you would find cropping up like anything. They would induce you with their aggressive social media posts however, they would simply log off their accounts, if you, acting in good faith, gets induced by them.

Some simple solutions would ease of your life and you could sleep with less anxiety. Law has to take its own course, sometimes it appears not to take, very fairly, however, persistent legal battle with patience will definitely yield results. And remember history has been always cruel to dividers and hate mongers … let them enjoy the patronage today, history will not forgive them. Let us be united and fight for our rights – strictly in accordance with law and our constitutional framework. The roots of democracy is not so week that it would stormed by these hate mongers. Throw your trust in our exalted constitution, exhaust your fundamental right of “right to constitutional remedies”. Don’t get scared with recent abnormal trends. The roots of our democracy are so deep rooted in cohesion that it cannot be destroyed.

Dr. Farrukh Khan, Advocate is an Advocate practising before Supreme Court of India.