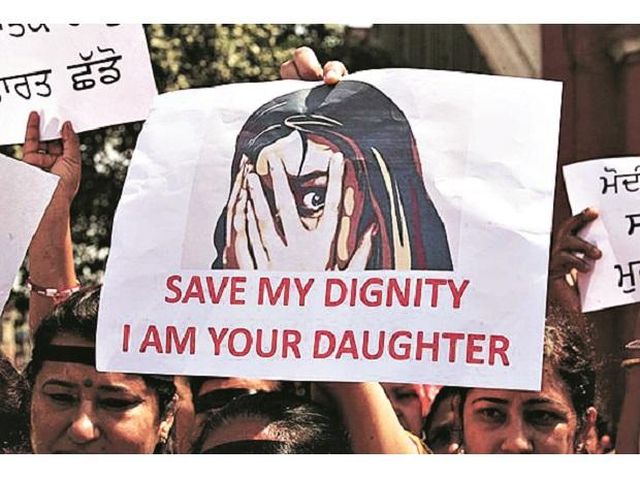 Mumbai : About 90 per cent of child rape cases were pending trial in India in 2016, no more than 28 per cent of such cases ended in conviction, and there is a 20-year backlog in bringing cases to trial, the latest available national crime data show.

These data indicate the government move to prioritise a change to legislation that allows courts to grant the death penalty to rapists of children younger than 12 will not bring quicker or better justice because there is no plan to address conviction failures and court delays.

The new ordinance also adds a minimum punishment of 20 years to anyone who rapes a woman below 16.

The Union cabinet on April 21 approved an ordinance to the Indian Penal Code (IPC), Indian Evidence Act, Code of Criminal Procedure and the Protection of Children from Sexual Offences Act (POCSO), allowing for harsher punishments to those committing sexual crimes against women and children.

The amendments, known as the Criminal Law Ordinance 2018, come during a period of national uproar. April 2018 was a month where the high-profile rape cases of an eight-year-old in Jammu and Kashmir’s Kathua district, and the alleged rape of a minor in Unnao, Uttar Pradesh, allegedly by a Bharatiya Janata Party (BJP) legislator, dominated the national media and fuelled much politicised debate along religious and ethnic lines.

About 18-20 per cent of child rapes occur in the family and 50 per cent in an institutionalised setting, according to a 2013 paper published in the journal Psychological Studies.

Offenders were known to the victims — including both women and girl child — in 94 per cent of the rape cases reported in 2016, NCRB data show. Most of them (29 per cent) were neighbours, followed by “known persons on promise to marry the victim” (27 per cent) and relatives (six per cent); 30 per cent were other known people.

The introduction of a death penalty for those accused of raping a child under 12 years could have a negative effect on reporting, as families fear ostracisation and legal consequence for family members.

“The introduction of the death penalty is not a great move. In the family these cases will not be reported, so many of these things happen by known people, the community will protect them,” Flavia Agnes, a women’s rights lawyer and co-founder of MAJLIS, a Mumbai-based organisation that provides legal initiatives for women, told IndiaSpend.

“Reporting rates were definitely increasing, but now I believe more people will not report (rapes) for fear of the consequences,” she said.

“Expedited trials are just not happening in India, it will take 20-30 years to improve the system,” said Agnes. “Just one or two special courts is not enough; this is why so many cases are pending. Plus trials take too long.”

Six fast-track courts were set up in Delhi in 2013 after the gang rape of 23-year-old paramedic student “Nirbhaya”, to address the high rate of unfinished investigations and encourage swifter convictions. However, in 2012, regular courts resolved 500 cases compared to 400 in fast track courts, which failed to serve their inherent purpose.

The last person to receive capital punishment in India for reasons other than terrorism was Dhananjoy Chatterjee who raped and murdered 14-year-old schoolgirl. Chatterjee was hanged in August 2004.

(In arrangement with IndiaSpend.org, a data-driven, non-profit, public interest journalism platform. The views expressed are those of IndiaSpend. Feedback at respond@indiaspend.org)

‘Death penalty ordinance for raping a child not linked to Kathua’