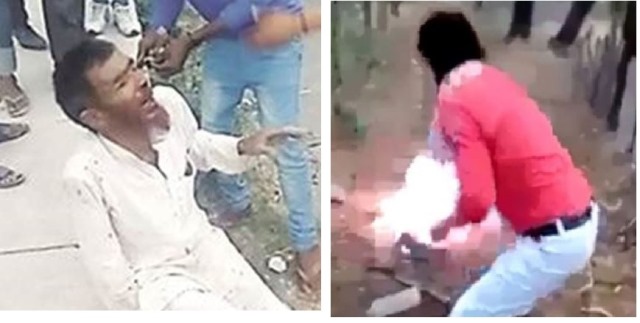 New Delhi: A fact-finding delegation comprising of MPs, MLAs, advocates of Supreme Court and leaders of peasant organizations and journalists will visit Rajasthan on January 6 and 7   to expose the unabated violence on minorities in the state as Rajasthan has become the hotbed of Hindu radicals’ violent attacks on minorities.  The delegation said that the BJP government failed to fulfill its Constitutional duties in protecting the members of the minority community in the state which has been allegedly protecting the perpetrators (so-called gaurakshaks).

So far more than 30 innocent persons belonging to the Muslim community have been lynched and murdered in different parts of the country during the BJP rule under the Prime Minister Narendra Modi. Rajasthan has become the epicenter of such criminal attacks of communal nature especially on dairy farmers and agricultural workers.

Unfortunately, the Modi government and the Chief Minister Vasundhara Raje government of Rajasthan have failed to fulfill their constitutional duties in ensuring protection to the minorities and to live up to the expectation of the people in a democracy.

Under the banner of Bhumi Adhikar Andolan (BAA), the delegation will first visit Ghatmeeka village of the dairy farmer Ummar khan who was killed recently by so-called Gaurakshaks, Alwar where dairy farmer Pehlu Khan was also murdered. Then it will go to Rajsamand where Afrazul, a migrant agricultural laborer from West Bengal was killed and the brutal act was video graphed and circulated on social media. The delegation will interact with the family members of the victims of communal attacks on peasants and agricultural workers from the minority community, representatives of citizen groups and Police and Revenue officers. The public hearing will be held at Alwar and Udaipur. The delegation will meet the District Magistrate and Superintendent of Police of Alwar and Rajsamand.

BAA leader P Krishnaprasad told Muslim Mirror that the series of attacks on peasants and workers from minorities by the criminal communal forces supported by RSS and BJP under the cover of the communal slogan of ‘cow protection’ as happening in Rajasthan is part of conspiracy to divide the class unity of the people of India and perpetuate class exploitation forcing systematic accumulation of the wealth of poor.

He warned that the kind of communal politics being pushed by RSS is “anti-constitutional and dangerous” to the unity of the people and the country.