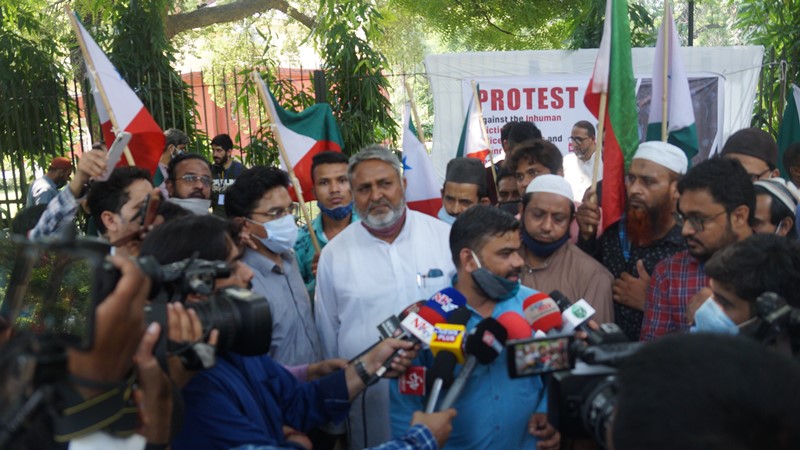 Two Muslim who were detained by the Delhi Police under the strict provisions of the Unlawful Activities (Prevention) Act (UAPA) in a case related to the Popular Front of India’s (PFI) ban were granted bail by a Delhi court.

Social Democratic Party of India (SDPI) Delhi unit president Israr Ali Khan and Mohd Shamoon were detained as a preventive measure on August 27 prior to the PFI ban, and after their release from judicial custody on October 3 they were detained in the current case on October 5 on suspicion of raising slogans near their home “in order to exact revenge for the ban on PFI, to incite the emotions of the sympathisers and common people for the purpose of anti-national activities.”

While granting the two men bail, the court emphasised the inconsistencies in the police investigation and suggested that they were being set up.

“There is nothing record to show that the accused persons were involved in any such kind of unlawful activity promulgating the agenda of PFI after its ban on 28.09.2022 and notification dated 29.09.2022,” the court order said.

Khan and Shamoon were being defended by lawyers Sh. Kartik Murukutla and Abu Bakr Sabbaq.

Advocate AbuBakar Sabbaq while talking to Muslim Mirror said that the duo was first summoned by the Police on 22 September and they were detained on 27 September under 107 and 151 of the Cr.P.C.

Sabbaq said that the duo was later arrested under Section 10 and Section 13 of The Unlawful Activities (Prevention) Act, 120 (B) and 153 (A) of the Indian Penal Court.

“The duo was already under preventive detention since September 27, their phones were also with the Police,” he said adding “Police has said that they’ve recovered PFI literature and flags from them but having literature of any organisation is not criminal.”

“Having books or literature of any organization doesn’t count as an offense under UAPA,” Sabbaq said.

“Police cooked the story up but failed in doing so properly,” he said adding that the Court ruled in their favour as the accusations against the duo are not true.

While granting the bail the Court said that the duo shall report to the concerned SHO’s every fortnight and they shall not leave the country without prior permission of the court.

Earlier, on Monday, a Delhi court granted bail to eight defendants in a case related to the Popular Front of India ban, stating that the police had not been able to present enough evidence to support how the defendants had engaged in the alleged illegal activities while they were in custody from September 27.