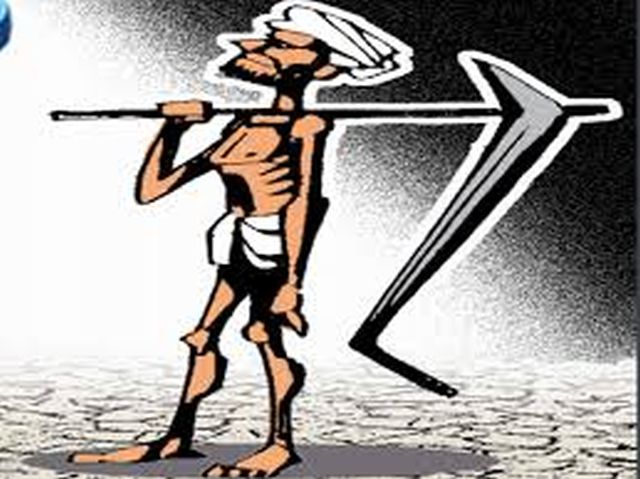 New Delhi : While the Delhi government is trying woo them with a draft agricultural policy, farmers of the national capital do not seem to be very happy with the ruling Aam Aadmi Party on the issue of high electricity charges every month.

“The Arvind Kejriwal government is being praised across the country for low electricity charges in Delhi. They claim to give the cheapest electricity to the Delhi people but farmers are made to pay higher rates,” Naresh Kumar, a farmer from West Delhi’s Hiran Kudna village told IANS.

“The fixed charge on the electricity meters on our tubewells is very high. This is costing us a lot, despite the fact that we don’t use the tubewells throughout the year. Any farmer will use the tubewell only during the harvest seasons, which account for a maximum of two months. But we have to pay high charges to the electricity department throughout the year,” he said.

The fixed electricity charge for agriculture use in Delhi is Rs 125 per kilowatt per month as per the tariff schedule.

“So, if a farmer has a meter of 10 kilowatts to run a tubewell, he will have to pay a minimum of Rs 1,250 per month. The charge increase with the increase in the kilowatt. This is excluding the charges we have to pay for usage,” said another farmer.

“There are months when we have to have over Rs 4,000 for the electricity. This increases the overall cost of production and we are not getting any help from the government in this regard,” he added.

Echoing similar sentiments, 65-year-old Satbir Sharma said the profit margin of farmers has reduced because of this high charge.

“The Kejriwal government came to power with a promise to give cheaper electricity and free water to people. But the opposite happened with the farmers. We have to pay so much in terms of fixed charge even though we hardly use the tubewells. Per acre, we get a profit of Rs 10,000 and of that if Rs 5,000 or Rs 6,000 is given for electricity, what is our benefit,” Sharma said.

Some farmers also said that they have to give the fixed charge even when they purchase meters on their own, while some others said they have to pay this charge for the electricity they use in their homes as well.

Although no official data is available, at an estimate, there are about 20,000 families of farmers in the national capital. Agriculture in Delhi is being done on about 75,000 acres of land.

When contacted, Delhi Development Minister, Gopal Rai, said the government has acknowledged the issue raised by the farmers and is discussing the matter.

“We are having a discussion on the matter. We have got to know about the issue recently. Our government is working to make the life of a farmer easy. We will find a solution for this very soon,” Rai said.

While several farmers are demanding the reduction of the fixed charge, some others demand it free.

“The farmers in the national capital are very less in number. The government can give us electricity free of cost,” said 72-year-old Balbir Jatt.

Apart from electricity, the farmers are also demanding a Delhi Agriculture Commission.

“The Commission will help the farmers in the issues faced by them,” another farmer Man Singh Dagar said, adding that the commission should be headed by a local farmer so that he understand ground level issues.

In December last year, the Delhi government had formed an expert committee comprising a senior scientist from the Indian Agricultural Research Institute, farmers representatives and officers of the Agriculture Department for drafting the Agricultural Policy for Delhi.

The Committee has deliberated upon various issues pertaining to agriculture in Delhi, including the implementation of recommendations of the Swaminathan Committee Report on the Minimum Support Price (MSP).

Apart from MSP, the government is also working and gathering inputs on the possibilities of organic farming and the problem of land shrinking. Impact of urbanization is also being worked out on in the policy, a senior official told IANS.

AAP to contest all seats in 2022 Gujarat Assembly polls: Kejriwal