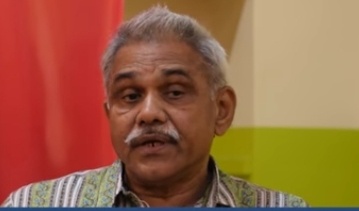 New Delhi: Debunking the conspiracy theory behind the anti-CAA movement and the February North East Delhi violence, ex DG, Director National Police Academy, Viaksh Narain Rai on Saturday said the Delhi police’s investigation of riots cases was highly prejudiced alleging that there has been an active conspiracy of turning victims into active conspirators. He said that in view of many allegations of bias in the probe, the Center or the Delhi government should have ordered a judicial inquiry into the police investigation.

Speaking at a webinar organized by an organization, Rai said the chargesheet filed by the police was based on very flimsy grounds and would not stand strict scrutiny of law.  Rai, who is known for cracking the Samjhauta Express blast case, disagreed with the theory of conspiracy behind the CAA protest as claimed by the Delhi Police.

He underlined that the biases of police have also been covered in multitudinous videos. Admitting that the police are biased socially, he said, “We can see caste biasness, class biasness, communal biases in our day to day lives but when political bias is tangible then it’s problematic.”

In his talk, he gave two perspectives. “If you look through the lens of the police, there were sites being prepared for Anti-CAA protests in a very well planned way to show their dissent. The other view is totally opposite.”

He is of the view that there is no evidence that the planners of the protests organized protests strategically with a motive to convert them into communal violence.

“So accusing them is baseless. And in the chargesheet where there is any evidence, then it seems to be fabricated and politically motivated evidence. So he rejects those sketchy evidence.  This was the theory of Delhi Police.”

He said the truth is hidden in transparency stating that there have been many videos which captured the truth.

“In an investigation, the police force has to be suspicious, not biased. He stressed on making the police constitutionally conditioned, be it in lesser quantity. But the essence of quality should not be lost. It is actually partisan policing rather than partisan police.”

LFrom the police, we should demand for already available sources such as distressed calls, IB reports, video and photo evidence, and call records,  he  said.

He further said the truth will come out if four things are done. First, the police should release the record of all the SoS calls received from the people in the riot affected areas of Delhi, and secondly the Police furnish intelligence report filed by the beat constable or other officers who must be going daily to the protest sites since these started in December, and if there is conspiracy, indications must have emerged through that period.

The third and the fourth thing the veteran police officer demanded were the release of all the videos and photos of the protest sites captured and shot by their department, and the record of the internal phone conversation of the police deployed in controlling the crowd.

There is already a social bias in the police, but in the case of Delhi, it has been mixed with political bias, he added.

He also came down heavily on the encounter being done in UP terming them as fake.

In his inaugural remarks at the webinar, former Vice chancellor, Lt Gen Zameeruddin Shah, said that the police officers of IPS ranks   should be free from the control of local political bosses because without that they can’t act impartially as they.