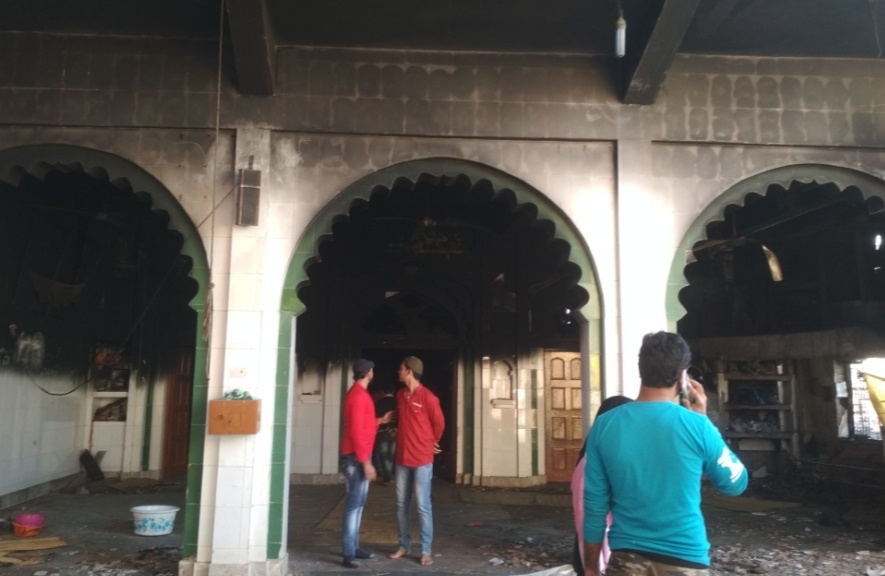 New Delhi:  A Delhi court Tuesday granted bail to seven persons in a case related to the February North-East Delhi anti- Muslim violence   while casting doubts on the credibility of the two police witnesses in the matter. The pre-planned riots claimed 54 lives mostly Muslims and injured over 400 people and properties worth crores were looted and damaged.

Additional Sessions Judge Vinod Yadav granted the relief to Mohammad Tahir and Shahrukh on furnishing a bail bond in the case of alleged vandalism and torching of a shop by a riotous mob in Gokalpuri area.

The court observed that the prosecution was opposing both the bail pleas on the strength of their categorical identification by beat officers — Constable Vipin and Head Constable Hari Babu — in their statements recorded under section 161 (examination by police) of the Code of Criminal Procedure on April 7, 2020.

The judge noted that Tahir has neither been named in the FIR nor there are specific allegations against him in the matter. Their identification was hardly of any consequence, adding that even though they were posted as beat officers in the area at the relevant time of the incident, they waited till April to name the accused when they had categorically seen and identified them allegedly indulging in riots on February 25, 2020.

“Being police officials, what stopped them from reporting the matter then and there in the police station or to bring the same in the knowledge of higher police officers? This cast a serious doubt on the credibility of two police witnesses,” the court said in its order.

It further stated that the CCTV footage relied upon by the police in the case pertained to February 24, 2020, whereas the incident took place the next day.“No CCTV/video footage of February 25, 2020, (on which date the incident in question took place) has been placed on record by the investigating agency. It also said both the accused were entitled for grant of bail on the ground of parity as the role assigned to them was on identical footing as co-accused Rashid who was already enlarged on bail.

During the hearing, Jamiat Ualam-i- Hind (M)  advocate Salim Malik, appearing for the accused, claimed they have been falsely implicated in the case and were mere “bonafide bystanders”.

It is to be noted that accused falsely arrested by the Delhi police have gotten bail in 161 cases till now due to persistent legal struggle of Jamiat Ulama-i-Hind. Many poor families who did not have resources to fight cases approached Jamiat which has appointed battery of lawyers to fight cases on behalf of innocent persons framed in Delhi riot cases.

Jamiat secretary, Advocate Niaz Ahmad Farooqui who looks after cases of Delhi riots, said that there are many families who have no bread earners except the accused who are languishing in jail for ten months. He cited the example of Shahrukh, a rickshaw puller from Kardampuri whose family has no bread-earner except than him. His family was not even able to bear travel expenses of visiting the advocates. Sharukh finally got bail on December 31, 2021.  There are many such people who have been languishing in jail on alleged trumpeted charges.