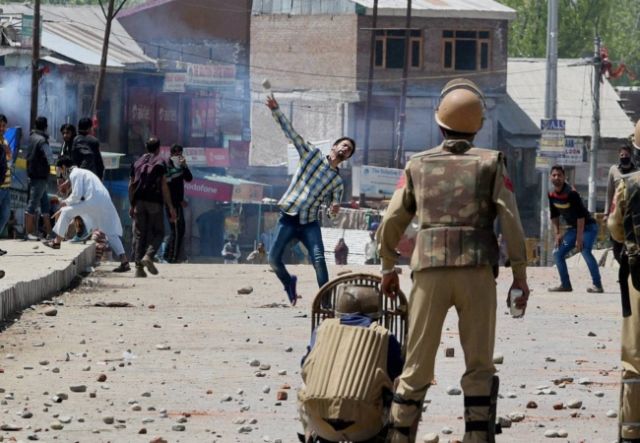 New Delhi : Terror funding has been “squeezed” due to demonetisation, Finance Minister Arun Jaitley said on Tuesday, adding that the number of stone throwers in Jammu and Kashmir has gone down in last few months as a result of it.

“In last few months, security forces have had an upper hand.

“In 2008 to 2010 we saw thousands of stone pelters on streets. In last few months, there have not been more than 25-50 or 100 stone pelters on the streets. There is one reason, terror funding has been squeezed,” said Jaitley, while replying to a debate on supplementary demand for grants in the Lok Sabha.

He said as a result of demonetisation, terrorists were forced to rob banks for money, and Uttar Pradesh resident Sandeep Sharma, who was arrested for being a member of an LeT module in south Kashmir, was a welder and thus used to break open bank lockers.

“The squeeze of terror funding is a direct result of demonetisation. This is happening not only in the Kashmir valley, it is happening in Chhattisgarh too,” he added.