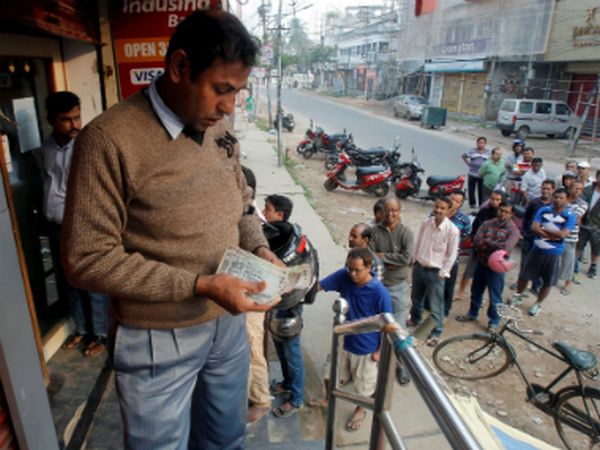 Mumbai : The Shiv Sena on Friday again attacked the BJP for demonetizing Rs 500 and Rs 1,000 bank notes in 2016, calling it a “butchering of the Indian economy” which it said even the Reserve Bank Of India (RBI) had conceded.

The hasty and ill-advised move was not ‘patriotic’ but created “economic anarchy” in the country as subsequent developments proved, it said in editorials in the party organs ‘Saamana’ and ‘Dopahar Ka Saamana’.

While announcing demonetization, Prime Minister Narendra Modi had promised that it would spell the end for corruption, black money, fake notes and terrorism, but the effect has been opposite, especially in the past two years.

“The RBI’s latest annual report says Rs 1.47 lakh crore, or 99.30 percent, of all the spiked notes have returned. Around Rs 10,000 crore have not come back into circulation. This means, a mountain was dug and not even a mouse came out, but the country’s economy was shattered for catching this elusive rodent,” the Sena said.

The result was that the country was facing an economic mess, the small and medium enterprises have been destroyed, the service sector was in crisis, housing industry was in doldrums, small and medium farmers were suffering, and scores of lives were lost in bank and ATM queues after demonetization, said the Sena.

Added to this was the fall of the GDP and the country’s pace of development, with the Indian rupee plummeting to its lowest levels in 70 years and terrorism continuing unabated.

Moreover, the government spent over Rs 15,000 crore in printing the new currency notes and Rs 2,000 crore to distribute them, Rs 700 crore to replace the existing ATM networks.

“However, despite the huge economic losses suffered, the government still continues to harp on ‘Vikaas’ and its attitude is akin to Nero fiddling while Rome burnt. Demonetization was a sheer ‘evil’ (aghori) measure,” said the Sena.

Targeting the RBI, the editorial said it was the custodian of the country’s wealth but the Governor (Urjit Patel) did nothing when it was being looted, for which he should be hauled before the courts.

“We were shown the dream that demonetization is a revolutionary step which will eradicate black money forever. However, hundreds of crore of black money of politicians are deposited in banks. A couple of Gujarat (cooperative) banks lead in this and some newspapers there had published the news of impending demonetization months in advance,” it pointed out.

The BJP’s ally at the centre and in Maharashtra said that those who opposed demonetization were treated as “traitors” but the truth is now revealed in the RBI’s (2017-18) annual report.

“For those who labelled (former PM) Manmohan Singh a ‘fool’, the reality is out and it is clear that demonetization was a fiasco. The RBI is saying so,” the editorial said.