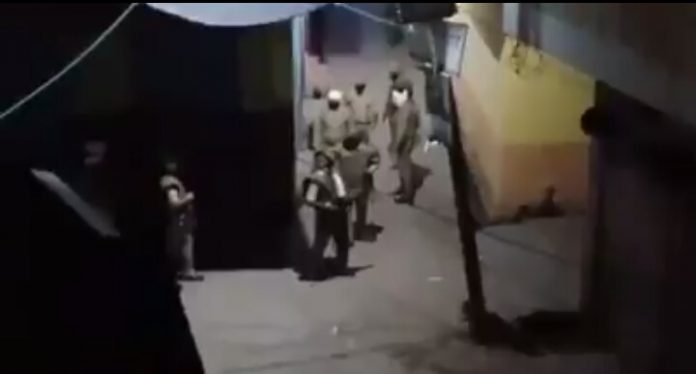 Deoband: Police has barged into houses in Mohalla Pathanpura, a Muslim neighbourhood, here and brutalised the residents including women. At least ten people are reported to have been badly injured.

The trouble started after a drunk police constable misbehaved with residents of the mohalla and an argument followed. Sensible people of the locality intervened and tried to cool off the situation and the constable went away. But he came back with a police force, entered the houses and started beating the residents.

Video clips shared on social media present a distressing scene showing police mercilessly beating the residents and women folk requesting them to spare their men. Some reports say that even women and children have been beaten up.

It is said that the in charge of Bhaila Police Chowki, Dhirendra, has been misusing his power and terrorising the residents of his area which is predominantly Muslim.

Most of the injured are poor people who earn their livelihood by selling fruits and vegetables in the evening.

Expressing his concern on police excesses former Member of Parliament Imran Masood went live on his Facebook and said, “Police excesses in the district, during the lockdown, have become too much. We have supported the lockdown and have commended the administration [for its good work] but some elements in the police force have become psychologically sick. These sick elements are resorting to lathi danda as if they are dealing with criminals.”

He added that he had received phone calls from Deoband and “I have asked kaptan saheb if this is a war against a pandemic or a war on a particular community.”

He further said, “This brutality is beyond our limit to tolerate.”