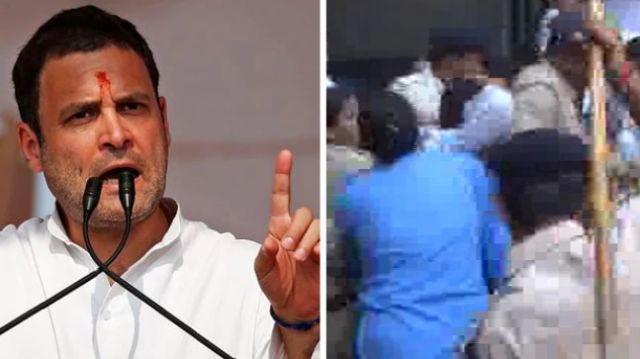 New Delhi : A day after Congress workers were lathicharged in Chhattisgarh’s Bilaspur district, party President Rahul Gandhi attacked the Narendra Modi government saying that dictatorship has become a “profession” and the attack would be remembered as an act of “political atrocity”.

“Under Narendra Modi’s regime, dictatorship has turned into profession. The attack on Congress workers’ fundamental rights by Raman Singh’s government in Bilaspur will be remembered by citizens as an act of political atrocity,” Gandhi said in a tweet attaching the video of the lathicharge on the party workers by Chhattisgarh Police.

Congress workers were lathicharged on Tuesday in Bilaspur district during a protest against state Minister Amar Agarwal.