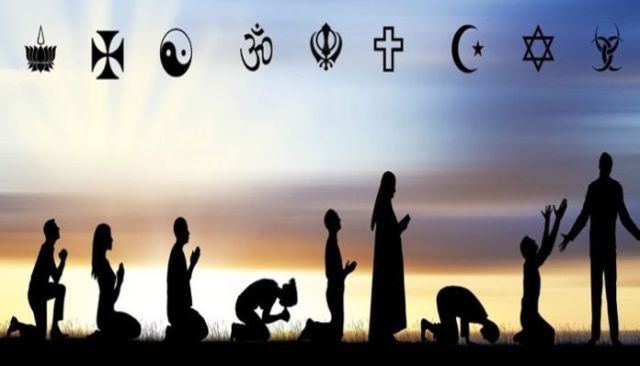 The fuss over the secularity of the morning prayers in the state-sponsored Kendriya Vidyalayas is not just hawkish but also a marked display of ignorance of the very concept of prayer. As it stands, the Supreme Court will have to rule on whether prayer has a religion. Here is hoping the apex court will go by the spirit of the prayer and save the education sector from getting trapped in the polarised and prejudiced milieu in the country.

For the record, the prayer in contention is a combination of a song in Hindi preceded and followed by a Sanskrit shloka. The song is a simple call of the heart to fill it with knowledge and purify the soul. The opening shloka is the popular “Asato ma sad gamaya…” which is an expression of the longing to move from untruth to truth, from darkness to light and from death to immortality. The closing shloka is a prayer seeking to move together and not to hate each other.

The prayer doesn’t invoke any deity or God. There is no polytheism, no segregation, no discrimination. And that has been the core of all common prayers of this nation. Take, for example, the Gayatri Mantra. It doesn’t invoke God for any small individual comfort. Instead, it seeks inspiration and guidance for our intellect. And, where else can one find a more inclusive wish for the well-being of all than in the meaning of “Sarve bhavantu sukhinah”? This elementary prayer wishes happiness, goodness and freedom from misery for all.

If such genuine calls for righteousness, wisdom, eternal light, happiness and wellness of all beings are to be called non-secular and unconstitutional, then the cry for amending the Constitution will only start looking justified.

The point is that these prayers are universal in language and content. They unite the entire creation into a bond of divine blessing and they nowhere limit whom you should pray to. Allah, Jesus, Krishna, Ganesh or Shiva don’t seem to matter. Hence, there is no question of contravening Article 28(1) that prohibits providing religious instruction in educational institutions funded by the State.

The attitude that everything that has its origin in India is Hindu and non-secular has done a lot of harm to the nation. In the guise of being secular, we have denied the country from making such deep prayers for righteousness and wisdom a part of the national consciousness. Those who protest such prayers in the name of secularism not only expose their ignorance of their meaning but also do the biggest disservice to the ideals of secularism. If everybody is blessed with these attributes, the essence of secularism will be a fait accomplii.

The prayers being questioned are more about spiritual pursuits and attaining the highest attributes in life rather than ritualistic and superstitious. They are an important part of the indigenous repository which is full of values that are essential for promoting unity and universalism and weeding out fanaticism from young minds. It is a national tragedy that an aspiration for such higher attributes isn’t inculcated through our education system. Unless we teach such values, what education means in the life of a man will always be lost and it will fail in producing peace-loving, law-abiding, tax-paying and patriotic citizens.

We just need to find non-controversial ways of spiritualising Indian education. The need of the hour is to shift the national discourse from saffronisation to spiritualisation and come up with a policy that will integrate the ancient treasures for which generations of people from all over the world have been coming to India.

(The author keenly follows and writes on issues relevant to the Idea of India. He tweets @rajaque)