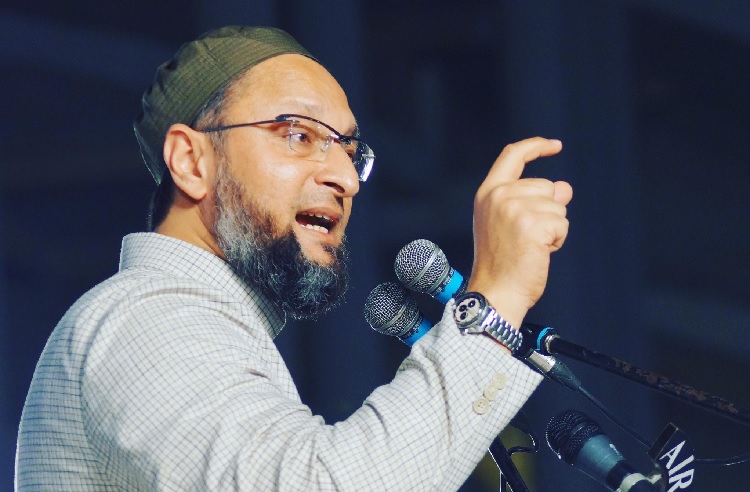 We are heading in an era where Identity has become an important phenomenon in the modern politics. Identity politics gained legitimacy in the 1950s and 1960s in the United States and Identity Politics has become a prominent subject in the Indian politics in the past few decades. The rise of low castes, religious identities, linguistic groups and ethnic conflicts has contributed to the significance of identity politics in India. Experts say Identity politics and Caste Identity Politics is the result of numerous aspects of oppression and powerlessness. The emergence of regional parties and caste-based leaders followed hugely by their caste members is a testimony to it. Owaisi is no exception.

In Bihar Assembly election, AIMIM contested only in Seemanchal area hoping to win seats there since it is a Muslim dominated area. Had it nursed the intention of helping BJP, it would have contested in a maximum of areas. In Assam, BJP+ AGP+ BPF alliance got 41.9 % of vote share while Congress got 31% and AIUDF 13% of the total vote. Congress and AIUDF put together amount to 43%. Congress didn’t form an alliance with AIUDF and was reduced from 79 to 26 seats. So-called secular party like Congress could afford to see BJP in power and lived through its humiliating defeat, but couldn’t afford to see Badruddin Ajmal in power. When Kejriwal launched AAP and contested Delhi election, no one shouted his coming into the fray will help divide secular votes and help BJP electorally. In Maharashtra Assembly election, there were as many as 12 parties in the field excluding independent candidates. Muslims constitute around 11.5% of Maharashtra population and AIMIM secured only 0.9% of the total votes. More than 10% of Muslim votes went to other parties by choice, even then some allege that AIMIM divided Muslim votes and helped BJP win in Maharashtra.

In West Bengal, NDA contested 294 seats, won 6 seats securing 10.7% of total votes and witnessed a vote swing of 5.92%. This is true that BJP was not a key party in West Bengal, but didn’t it have any dream there? If Owaisi’s electoral strategy really meant to help BJP, couldn’t AIMIM presence help the latter in West Bengal where Muslims are around 27%? The larger question is that should Owaisi withdraw from all such states where BJP is in the fight, in order to prove that AIMIM is not BJP B-Team. In near future, if BJP will be in a position to contest heavily in all the states, should Owaisi bar his party from contesting any election to prove his secularism?

Muslim vote bank in UP

EPW (Economic & Political weekly) published a report by Rahul Verma and Pranav Gupta on 31st Dec 17. The authors traveled to eight districts in Central and Eastern Uttar Pradesh to get a sense of how voters make up their mind about whom to vote for in the upcoming assembly elections in the state in 2017.They concluded that Muslims vote in the same pattern as other communities. ‘…their (Muslims) vote choice is also driven by performance, party preferences, candidates, welfare policies, and leadership among many other things. And any attempt to misrepresent the sensibilities with which Muslims participate in India’s political arena is surely a work of fiction, perhaps biased, and is just a misguided opinion without any credible evidence’

In coming Uttar Pradesh election, all parties including AIMIM are going to get their share. It is inappropriate to say that Muslims in UP are going to vote en bloc and that Owaisi presence is meant to split them to secure BJP a victory.

The author is lecturer at department of English Faculty of Science and Arts University of Bisha, KSA.