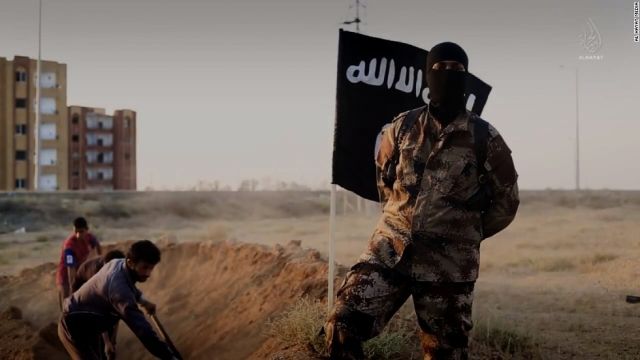 There is something called getting ‘trapped into one’s own rhetoric’.

It is happening with Muslims all over the world. Several Islamic movements, jamaats and organizations have been promoting concepts like ‘ummah state’, ‘Islamic state’, ‘Sharia rule’, ‘Khilafat’ etc for several decades. One knows very well that these are utopian concepts and are not practicable in a world where Muslims are poorest, demoralized, underprivileged, ignorant and unable to see beyond their noses. They blindly oppose secularism, democracy, nation-state, pluralism, gender rights, minority rights (even while themselves being minorities), freedom of the press, human rights etc, ironically even while benefitting from them.

Now that the only super power is without an enemy on the global level and enjoys ‘Pax Americana’ (Peace as overseen by the United States of America), the US has been looking for new enemies in order to keep its arms industry running. One among them was Muslims. So it has encouraged several of these rightist groups to raise their rhetoric to newer and higher levels. Some agencies working behind the scenes, brainwashed Muslim youths into taking up these as war cries and new agenda. First stage is indoctrination. In the next stage they are inveigled into taking recourse to the militancy and violence. Once they do that, they are taken into custody as terrorists and militants and paraded before the media as criminals and before the general populace as a threat to the nation. (for more, read Trevor Aaronson’s ‘The Terror Factory’, IG Publishing, Brooklyn, NY) All this is done for the sake of polarizing the votes. One knows for sure that they cannot gain votes in the name of development as starvation, unemployment, illiteracy, malnutrition, ecological degradation are rampant and cannot be resolved or reversed in a span of five-years.

It is time the Muslim youth stay away from the ‘dream merchants’ and engage themselves in studies, employment, competition for services, entrepreneurs, healthy nurturing of families, helping others (even non-Muslims) in the daily struggle of life.

Even Mohammed Ali Jinnah was trapped into his own rhetoric. He was using two-nation theory and demand of Pakistan as a bargaining chip. But the Hindu nationalists within the Congress trapped him into his own rhetoric and offered him Pakistan which he was not able to guide towards a sound nation-state. The Cabinet Mission Plan was rejected by Nehru and the Congress for a loosely federated India. Pakistan is a weak and failing state and oscillates for support between one superpower (the US in the last 70 years) and another (now China). Jinnah was highly educated but not a visionary like Nehru. He was a legal luminary. But nation-building requires vision, patience, tolerance, keen sense of history, society and diversity. He had none of these attributes. He was arrogant and a follower of ‘I know All’ concept. To the misfortune of our western neighbor, he died soon after getting his dreamland.

It is not time for blaming others. We need to raise a new generation of people who can turn ourselves into an intelligent community, not a sentimental community as we do currently. These youths should keenly study the world, new concepts of nation-building and engage themselves in constructive activities. No amount of blaming others would take us forward. Nor even glorifying our history and romanticizing our past would help. The world belongs to those who have a constructive agenda, not merely dreams. Constructive work is tedious and takes time to produce results. Ijtemas, conclaves, seminars, Khitab e Aam are easy to organize and leave only momentary impact. Spoken words appear pleasant. So orators use rhetoric (shola bayani) to cast a spell over the crowds of ignoramus. Written words have a longer impact. Muslims covet the former and avoid the latter. Orators try to play to the gallery. They seem to have the power to turn the world over its heels. But look around them, their world is dark, without any constructive work or institutions around them. Speakers carry an unrealistic aura around themselves. People are taken in by their memory, vocabulary and argumentative skills (look at Zakir Naik). They appear on TV screens, magazine titles and videos and claim verbal victory over their adversaries. Doers work silently for decades and leave a solid impact in a small area which has a far-reaching legacy. Their real worth is discovered decades after they have left the world. Ambedkar could convince very few about his vision, but look how he dominates the intellectual scene in India today. His legacy seems to be dwarfing Gandhi and Nehru today, although Gandhi and Nehru too were no small visionaries.

There is no alternative to hardwork, study, thinking and strategizing for future. There cannot be fireworks. Critically examine the history, but do not try to do what was done in the past. That was a different context. Today we live in 21st century. Our urges, motivations, tools, methods and strategies should be as our times and society, of course, without sacrificing the morality and values that form the template for the development of all nations and religious groups.

Many may not withstand reading it till the end. But remember, there are no short-cuts and quick-fixes.

The views expressed in this article are personal.