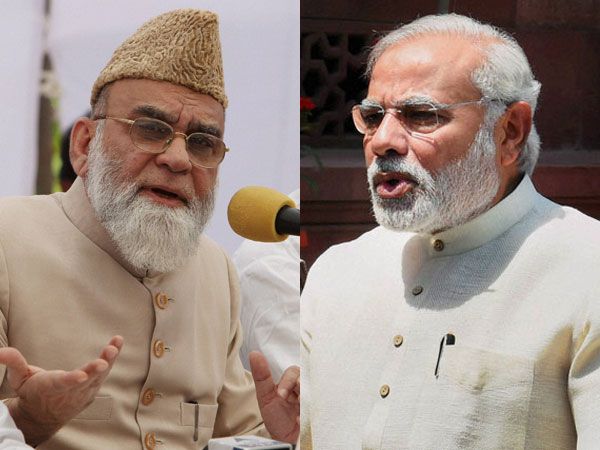 Security agencies must be more transparent while detaining terror suspects, the Shahi Imam of the 17th-century Jama Masjid here told Modi during their half-hour meeting at the prime minister’s residence.

“I urged the prime minister that while detaining people for terrorist activities or suspected links with the Islamic State, special care must be taken to ensure that the lives of innocent Muslim youth and their families are not ruined,” Bukhari told IANS.

“Don’t spare those who have actually indulging in terror activities, but there is no point detaining people on the basis of mere suspicious social media activity.

“Instead, if a youngster appears to be getting attracted to the IS through his social media activity, he should be counselled and not just put behind bars,” he added.

He said a large number of Muslim youth were languishing in jails on terrorism charges.

“The prime minister assured to look into the matter and said he will not let injustice done to anybody. He liked my proposal on lectures in universities and colleges to sensitise youngsters on the evils of terrorism,” the Shahi Imam said.

Bukhari also took up the issue of the minority character of the Aligarh Muslim University and the Jamia Millia Islamia.

He told Modi that the government’s stand in the Supreme Court on their minority character had created grave concern among the Muslims.

“We urged the prime minister that the government should review its stand. He promised to consider the issues, and said his government won’t take any step that may put communal harmony at stake,” Bukhari said.

Bukhari said he would lead a delegation to meet the prime minister on the Jamia and AMU issue after the budget session of parliament.—IANS