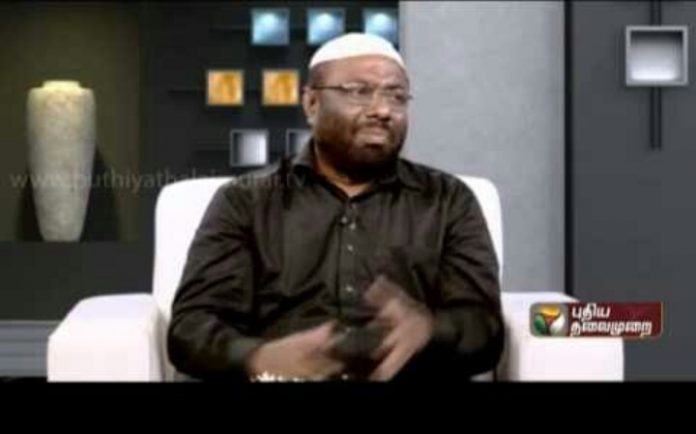 Chenna, April 23 :A senior leader of the Tamil Nadu Thowheed Jamath (TNTJ) on Tuesday dubbed as “media terrorism” a report linking it with a similar Sri Lankan group which has been blamed for the suicide bombings that killed 310 people in the island nation.

“Just because we have the word Thowheed in our name, a media report linked our organisation with the outfit suspected to have carried out the Easter Sunday carnage,” said Tamil Nadu Thowheed Jamath Vice President B. Abdul Rahman.

“The word Thowheed in Arabic means one god or monotheism. Even people can have it as their name. Ours is a social welfare organisation with about 10 lakh disciplined members,” Rahman told IANS.

Linking his group with the Sri Lankan outfit National Thowheed Jamaath, which Colombo has said was involved in the bombing of churches and hotels, “is nothing but media terrorism”, he said.

According to Rahman, the TNTJ preaches true Islamic principles and practices.

“We preached against dowry system as non-Islamic practice. Now a large number of families follow that,” he said.

“Suicide has no place in Islam. Before a Muslim’s body is buried, a prayer is held. As per true Islamic principle, a Muslim has no right to take his own life.

“If anyone commits suicide, then the last prayer before his burial cannot be done is the true Islamic principle. A person who commits suicide will go to hell,” Rahman said.

According to Rahman, the TNTJ is opposed to Wahhabism – an hardline Islamic doctrine.IANS

He said TNTJ’s links with the Thowheed Jamaath in Sri Lanka pertained only to social service and preaching of Islamic principles.