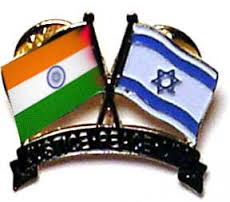 As reported by Aljazeera, the document was signed in January after the Israeli Police, Ministry of Internal Security and the Ministry of Foreign Affairs refused to pre-screen members of India’s police force from the Muslim-majority Himalayan region, according to Israeli human rights lawyer Eitay Mack, who filed the petition. As Israel returned to a second nationwide coronavirus lockdown last week, court proceedings are likely to be further delayed.

“With this petition, we are trying our best to show solidarity with the people of Kashmir,” Al Jazeera quoted Israeli human rights activist Sigal Kook Avivi, one among 40 people behind the petition, as saying.

“The fact that India is ‘the largest democracy in the world’, and is an important political and economic partner of the state of Israel and Western countries, cannot legally and morally justify providing assistance to specific Indian officers who are involved in grave crimes under international law in Kashmir, by way of training by police in Israel,” the petition stated.

Avivi, who has worked among African asylum seekers in Israel, said “as citizens of the world, we want to say we know what is happening to you, we are not ignorant … we see it, we hear it, we know it”.

In May, the Israeli government asked the Supreme Court to dismiss the petition, as any attempt to investigate or screen Indian police officers would be considered an intervention into India’s internal affairs – which could damage relations between the two nations.

India and Israel signed a comprehensive agreement in 2014 to cooperate on issues related to “public and homeland security”, including fighting organised crime, money laundering, human trafficking and counterterrorism operations.