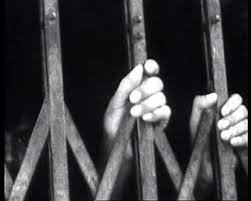 New Delhi, July 9: Dr. Irfan Khan from Tetru village in Nikod Tehseel of Saharanpur district in Uttar Pradesh is incarcerating at Naini central jail in the Ayodhya attack case. In his open letter to President of India he has narrated the cruelty and inhuman torture of Special Task Force of Uttar Pradesh. His Urdu letter published in Roznama Sahara on 07th July 2013 has been translated into English by Shafi Anam of Jawaharlal Nehru University.

Respected Sir, I Dr. Irfan was born at Tetru village in Saharanpur district in a very poor family in 1974. My poor parents endured all difficulties for my higher education. I set up my clinic at Sangam Vihar (Delhi) in 2004, so that I could help my poor family. The clinic worked well. Sangam Vihar is an area in Delhi wherein people from Bihar, UP, and other different parts of the country come to run their businesses. There are many shops adjacent to my clinic – a tea stall, truck shop, vegetable shop, saloon, laundry and medical clinics and medical stores, etc. In those days not many people had mobile phone in the market. People had given other’s mobile number to their family, and relatives to remain connected with the family. If any one of them called, the mobile owner would call the neighbor to receive the call. It was the town of good people, people used to offer assistance to each other sharing sorrows and happiness with each other. If any one’s mobile battery got discharged he would insert it into other’s mobile to talk, and in case of insufficient balance he used other’s cell phone. Neither I was culprit nor had any nexus to any suspicious person. As I was a doctor it was my duty to help others.

I had a PCO shop at my native village, which was run by my younger brother. He was 15 years old, his name was Suhail. My father was a farmer. We all were living an ordinary life when a sudden misfortune came to my life which rocked my family. Police kidnapped my younger brother on the first week of July 2005 from the PCO, my family tried to contact me but in vain because my mobile was switched off, then they called over the phone of my mother’s sister where I used to stay, and asked me to come home very soon because police had taken my younger brother into custody without any charge. I directly reached home from Delhi, my family informed me that police asked the PCO owner to be over there, I with my relatives and son-in-law Ejaz Khan proceeded to meet the Circle Officer (C. Onkod) of our area. First we decided to meet Shagufta Begum, leader of Samajwadi Party. She is the most senior leader of the area, police officers knew her well, she talked to the CO about me and asked why he has been called upon here. After a short span of time two constables came to Shagufta’s bungalow. They took me to the CO. I asked the CO why the police have detained my brother. The CO replied that STF kept him in Ghaziabad, they would release him just after your arrival. The CO talked to me about my mobile, the mobile was at my sister’s home. The CO made me talk her and asked her to hand over the mobile. Now my mobile was with me, then CO called a photographer who captured my snap shot, then he took me to Ghaziabad in his own van. My younger brother was at the office of STF in Ghaziabad. The CO returned to Nikod with my brother while he handed me to the STF. They kept me there for one week. Then they took me to my clinic at Sangam Vihar, and took out my patient register, medical accessories including some amounts, all this happened at night, then they brought back to me Ghaziabad. There was Jawala Singh (Bihar) present at the STF office, his uncle had link with terror attack, but he was released after slapping twice or thrice when he acknowledged that the mobile had been lost. Now evil days fell upon me. On the spot there was a policeman named Tyagi. He started spitting at my face and he striped me naked and removed my hair.

The policemen used to pour water over my nose hanging me in reverse order, they used to pour the molten candle over my sensitive parts of the body, I would cry and cry, and they laughed at me. All this happened to me in the presence of high ranking police officers. Tayagi and others would urinate at my face and forced me to drink it. If I spat they would beat me vehemently. Tyaagi would say “see what STF commandos do? It’s a tip of the ice berg, see what happens next to you”. Tyaagi was tall man, on his face there was sign of small pox, rest four were good healthy, they recited Hanuman Chalisa and Durga Chalisa as well routinely in morning time after taking physical exercise, they possessed AK47 rifle. One day STF brought Sher Ali and Aleem Naee, my poor neighboring shopkeepers to me, they were brought before me, they were weeping badly because of fear of STF commandos. Tayagi started beating and abusing them too,  we were in the worst situation. Tayagi asked them to slap me, when they refused to do so, then both were flooded with slaps, finally STF forced them to beat me 10 slaps each, then Tayagi asked each one of us to urinate at each other, they refused saying they can die but cannot do this, then they were again beaten and released. Tayagi would often say, “Katuon -circumcised- (Muslims) are to be killed or pushed them into Pakistan. Filthy language for mother and sister was very common. They would use such language more than a thousand times in a day. They would hit my bald head and slapped routinely until it turned red. During this horrible period officers would come there and Tayagi would say Sir there is nothing but there is a goat, let’s slaughter him. This was my condition.

All this continued under the rule of Mulayam Singh government, who is considered the great messiah for Muslims. The STF took me back to Tehseel Nikod, then took me to SSP office in Saharanpur after issuing a fake medical certificate from Saharanpur in my name. There was a huge rush of mediapersons, the most senior officer said keeping pistol on my chest, “if you opened mouth then be ready for punishment because you have to stay with us”. I was produced in Saharanpur court where they showed me as a fresh arrest. Then then they took me to Faizabad in a jeep. For two nights I was kept at police stations on way. I was kept naked at the police stations on way to Faizabad. Local policemen including constable, station house officer other higher officers would spit at me. Then I was brought to Faizabad court where I was beaten by lawyers, policemen and media persons. After much difficulties I reached jail in Faizabad wherein I was locked in solitary dark cell. The cell had a toilet with water in one earthen pot for toilet. The toilet was never cleaned, I could hardly take breath because of heavy suffocation.