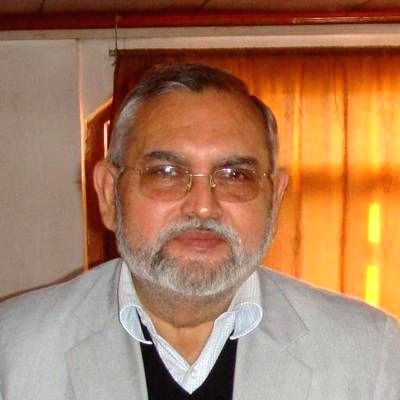 New Delhi: the International Urdu Day Organizing Committee has announced that the Lifetime Achievement Award named after late Muslim statesman Dr. Abdul Jaleel Faridi will be given to distinguished scholar and former chairman of Delhi Minorities Commission leader, Dr Zafarul Islam Khan. The award will be present to him and other persons on the International Urdu Day observed on November 9 every year.

It was decided in the meeting of the International Day Urdu Organizing Committee held here under the chairmanship of Prof. Abdul Haq. He said that since 1997, under the aegis of United Muslim of India and Urdu Development Organization, Urdu Day has been officially celebrated on November 9 as a mark to birth anniversary of great poet and philosopher Allama Mohammad Iqbal. Dr Haq said because of people’s emotional attachment and love to Urdu, the Urdu Day is held in many parts of the world. He also maintained that the protection and promotion of Urdu is a national issue and the main purpose of celebrating Urdu Day is to promote this popular common language of our country.

Apart from Urdu language, literature and journalism, the meeting also selected the names of a few people who have rendered significant services in their respective fields.   In recognition of his services, the meeting unanimously selected Dr. Zafarul Islam Khan’s name for its coveted Dr. Abdul Jaleel Faridi Lifetime Achievement Award.   Dr Khan recently relinquished Chairmanship of the Delhi Minorities Commission who did a remarkable job in making the commission as proactive. He also edits Milli Gazette and former President All India Muslim Majlis Mushawarat.  Apart from him, Mr. Ashraf Ali Bastavi, Ms. Waseem Rashid, Mr. Syed Ajmal Hussain, Mr. Ali Adil Khan and Mr. Zahid Ali will be given awards for their work in the field of journalism. While Munshi Prem Chand Award is to be given to Mr. KP Malik (Dainik Bhaskar) and Mr. Siraj Azeem for children’s literature.

Mr. Syed Mansoor Agha, Sohail Anjum, Javed Akhtar, Salik Dhampuri, Mohammad Farooq Saleem, Mohammad Owais Gorakhpuri and Maulana Burhan Ahmad Qasmi also spoke in the meeting. Dr. Syed Ahmad Khan, Convener of International Urdu Day Organizing Committee said   the acceptability of the Urdu Day has been increasing by the day which shows Urdu is a language of the masses.  Despite films and TV serials are made in Urdu but it does not get the due credit for this, he said.