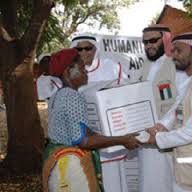 Dubai, Aug 5 : Around 7,000 underprivileged people, including orphans, in Dubai have received new clothes ahead of Eid al-Fitr from the Dubai Charity Association.

The association also plans to distribute Zakat al-Fitr, charity given to the poor at the end of fasting in the holy month of Ramadan, to around 40,000 families in Sharjah, Ras Al Khaimah and Ajman.

Officials said the value of Zakat al-Fitr for each individual was set at 20 dirhams.

The association has also given out ration packages to 15,000 families in the UAE during the holy month.

Members of the local community prepared 250 meals which were then distributed to mosques located near farms on the Madinat Zayed-Ghayathi highway, and at shopping centres frequented by labourers.