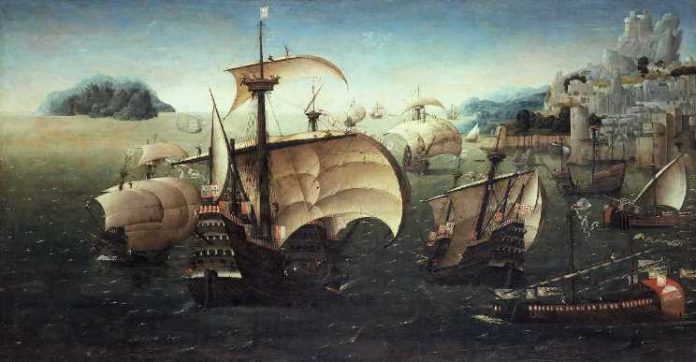 Post colonialism analyses the damage done by colonialism to the colonized people in the destruction of their culture, national identity and economy.Colonialism  started with military invasions and was intended to appropriate the economic resources of the colonies for the benefit of the invading countries. India was a very prosperous nation at the onset of western colonialism.

Cambridge historian Angus Wilson reveals that in1700 India’s share of the world income was 22.6% comparable to the entire income of Europe which was then at 23.3% (less than 1% difference) At the time of Independence, in 1952, India’s share fell to 2.3% of the world income. Similarly Goa was the “Golden Goa” (Goa Dourada) at the time of the Portuguese conquest in 1510 and within 100 years at the beginning of the 17th century, its decline began.

In order to destroy the identity of the colonized people so that they may not fight the colonizers and rather cooperate with them, destruction of the local cultures was a priority for the invaders. The colonial education system, for instance, was mainly intended to prepare Government servants which would be subservient and serve the interests of the colonial Government.

Several American and European Universities hold courses in Post colonialism. It will be appropriate if the Goa University also holds such a course in view of the long duration and intensity of the colonial rule here.

Indian civilization was by all accounts as developed if not more than the Western civilizations at that point of time. Will Durant, eminent American historian and philosopher and other Western intellectuals wrote that India was the motherland of the fundamentals of the Western culture and of Christianity through the ideals of the Buddha and that Sanskrit was the mother of Western languages.

Language is central to culture. It is through language that culture expresses itself and develops. In Goa, Konkani language was destroyed almost completely. During the colonial rule all educated people were expected to speak in Portuguese only and Konkani was called the “Lingua dos criados”, the language of the illiterates.

After Independence, a major challenge that the people of India in general and of Goa in particular face is to identify and develop our cultural identity. Neo-colonialism consists in the developed countries continuing to exploit the economy of former colonies. For this purpose, they rely strongly on cultural links and strengthen their cultural influence in former colonies and across the world for the resulting benefits to its multi-nationals and to its economy. The Alliance Française, the British Council, the USIS, the Goethe Institute of Germany, the Russian Cultural Centre, the Institute Confucius of China and several such cultural centres operate in most countries of the world. Indian Cultural Centres promoted by the Indian Centre for Cultural Relations, are found in very few countries.

In Goa, the language of study at the primary level should either be Konkani or Marathi. Konkani is the mother tongue of the people of Goa. Marathi is and has been over the centuries the literary language of a large segment of our population. There is no justification for English as a medium of instruction at the primary level. It could be the second language from the third standard of primary school. Cultural nationalism and the movement for Indian languages are growing all over India including Goa. In the next generation those who are not fully conversant with a national language are likely to be deprived of jobs and other spheres of activity. Emigration will also become difficult. All countries including the Gulf countries now control immigration and increasingly provide jobs only to their own nationals.

It is incorrect to say that studying at the primary level in a local language impairs academic performance. During the colonial rule some children would study in marathi primary schools and then enroll themselves in the portuguese Lyceum. They performed as well, and sometimes better, than their counterparts who did their primary education through the Portuguese medium. Some of them went on to become ministers in the Portuguese Government, senior advocates and judges at the Supreme Court of Lisbon and distinguished themselves as University professors and in other fields of activity in Portugal and elsewhere in the world.

Konkani should be taught in the Devnagri script as it will provide access to Marathi and Hindi which is the national language. Children will learn the romi script when they learn English.

There should be programmes to sensitise parents as to the need for their children to learn in the mother tongue. The State Government and the schools should collaborate with the West Zone Cultural Centre under the Union Ministry of Culture to conduct programmes for children so that they appreciate their national heritage and culture. There are also private organizations such as SPIC MACAY and INTACH that conduct such programmes for children.