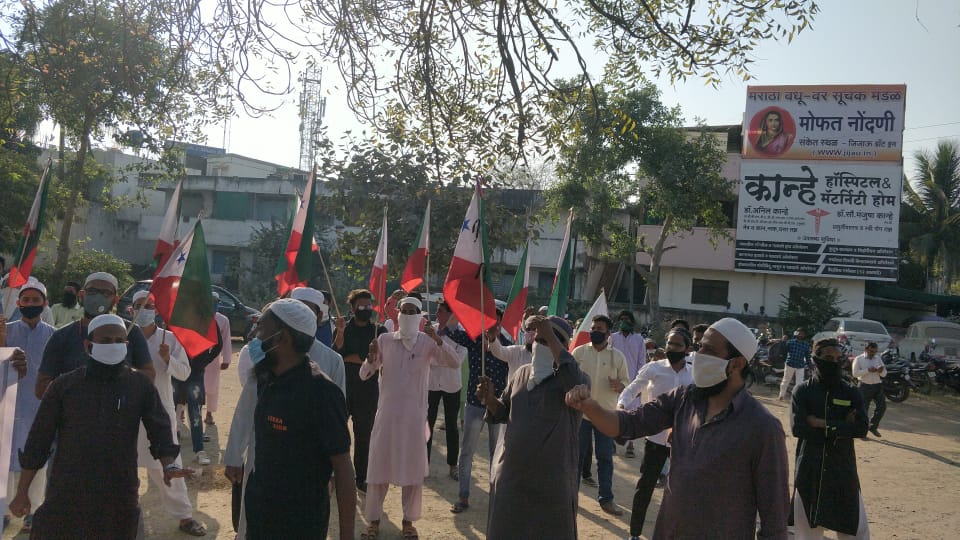 New Delhi: Simultaneous raids were carried out by Enforcement Directorate at the houses of Popular Front national leaders across the country and its offices.

‘We believe this to be a politically motivated action from the part of the agency. Such raids usually happen in our country whenever the government in power comes under the pressure of popular anger and it wants to divert national attention from it. Modi government has always used national agencies against its political opponents and to crush dissent in the country to the point that the credibility of these agencies has come under question. Today’s raids at the houses of the Popular Front leaders too have followed this pattern. The central government has come under immense pressure following the farmers’ protests blockading Delhi and the ED raids are nothing but a gimmick to divert the issue, and a press statement of Front.

‘It is also part of the witch-hunt going on against activists and groups who are at the forefront of citizenship agitations. The authorities intend to prevent the organization from its fight against the anti-constitutional CAA-NRC, as it is a forerunner and stays a major force in the citizenship agitations across the country, it said.

‘Popular Front condemns these attempts to malign the organization. At the same time, Popular Front doesn’t see anything surprising or shocking about it.  As a democratically and legally working organization in the country, our activities are transparent and out in the public. We have nothing to hide. The organization will face it legally and democratically. These actions will not stop us from raising our voice seeking justice, nor will it weaken the ongoing democratic struggles, the statement added.

Wild alligations were levelled against Front in past including its involvement in CAA protests, Delhi riots etc but nothing proved in any court so far.

The BJP led Jharkhand government had on February 12, 2018 banned the PFI.

But later the High Court quashed the ban.