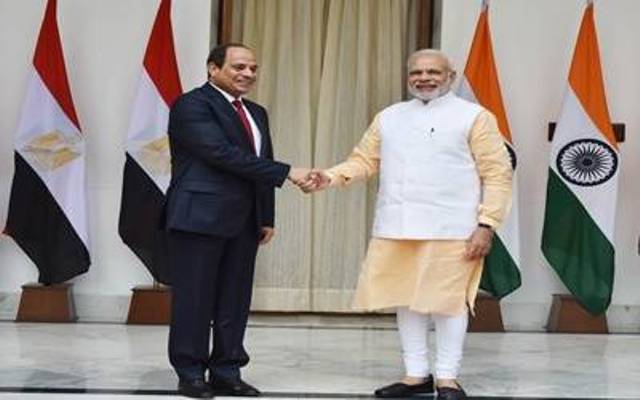 “In our conversation, President Sisi and I have agreed to build on multiple pillars of our cooperation,” Modi said in a joint media statement with Sisi following delegation-level talks here.

“Egypt is a natural bridge between Asia and Africa,” he said.

“As ancient and proud civilisations with rich cultural heritage, we decided to facilitate more people-to-people ties and cultural exchanges,” he said.

Sisi arrived here on Thursday on a three-day official visit to India at the invitation of President Pranab Mukherjee.

External Affairs Minister Sushma Swaraj called on him in the evening, and during the meeting Sisi described ties between Egypt and India as old and “very resilient.”

Sisi will be hosted for a banquet by President Mukherjee on Friday evening.

This is the first presidential visit from Egypt to India since the visit of then President Mohamed Morsi in 2013.—IANS