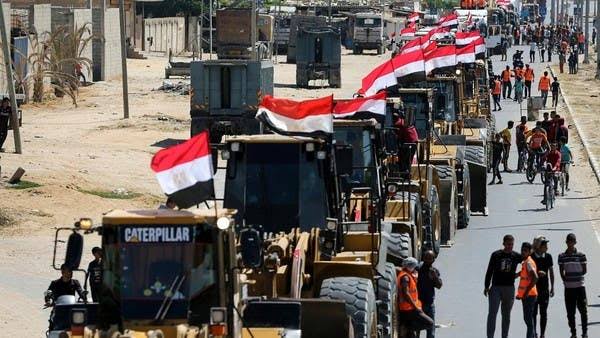 Egypt on Friday sent a convoy of engineers and building equipment to Gaza through the Rafah crossings to begin the city’s reconstruction.

The state-run Al-Ahram newspaper reported that the “equipment will take part in removing the debris of destroyed buildings in the coastal enclave to allow for the start of the reconstruction process.”

Egypt said it would allocate $500 million to fund the rebuilding of devastated areas in Gaza.

An Egyptian-brokered truce that took effect in the early hours of May 21 ended Israel’s 11-day bombardment of the Gaza Strip.

Israeli attacks in Gaza and the West Bank killed at least 289 people, including women and children, and left behind a trail of destruction. Health centers and media offices, as well as schools, were among the structures targeted-AA