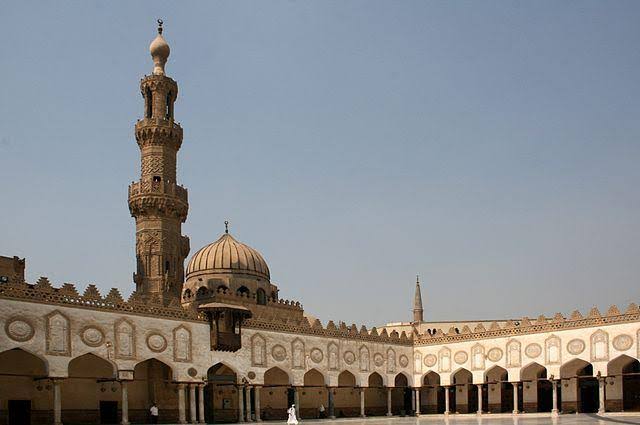 ISTANBUL:  The grand imam of Egypt’s Al-Azhar University, the highest seat of Sunni Muslim learning, reiterated Thursday that the Palestinian cause is the central cause for Muslims.

“The Palestinian cause is the primary cause for Al-Azhar and Muslims…and the struggle of its Arab people will remain a source of pride and inspiration,” said Ahmed al-Tayeb while receiving Mahmoud al-Habbash, the Palestinian Authority’s top Sharia judge and President Mahmoud Abbas’s adviser on religious and Islamic affairs, according to Egypt’s official MENA news agency.

“The Zionist terrorism will remain overwhelming evidence of the deficiency of the international community’s values and standards in dealing with the causes of the peoples,” al-Tayeb added.

Al-Habbash stressed that Al-Azhar’s endless efforts and stance towards the Palestinian cause are honorable and appreciated.

On Thursday, the Waqf department that supervises Al-Aqsa Mosque said 307 Israeli settlers stormed the Al-Aqsa Mosque complex under the protection of Israeli forces.

Several extremist Jewish groups called on settlers to make their way into Al-Aqsa to celebrate the Jewish Yom Kippur holiday.

Al-Aqsa Mosque is the world’s third-holiest site for Muslims. Jews call the area the “Temple Mount,” claiming it was the site of two Jewish temples in ancient times.-AA