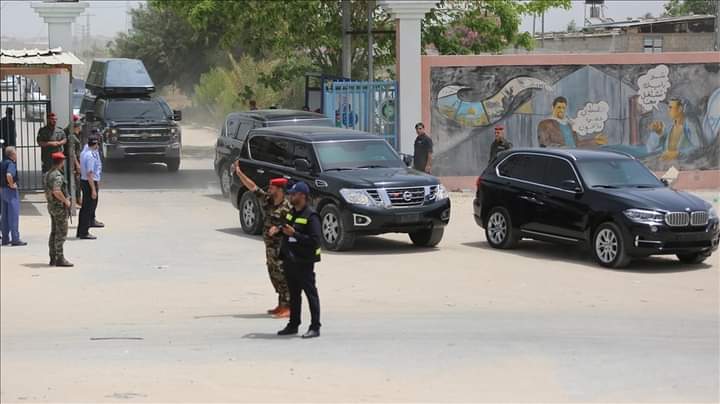 “Consolidating the Gaza cease-fire will figure high on Kamel’s talks in Gaza,” said the source, who spoke on condition of anonymity because he was not authorized to speak to the media.

The talks will also dwell on the reconstruction of the Gaza Strip following Israel’s recent military offensive and the exchange of prisoners between Hamas and Israel, the source said.

In April 2016, Hamas said it had taken four Israeli soldiers captive while withholding their identities except for Oron Shaul, an Israeli soldier missing since the 2014 Israeli offensive on Gaza.

Kamel, who arrived in the Palestinian territories on Sunday, is expected to meet with Hamas chief in Gaza Yehya Sinwar and leaders of Palestinian factions.

On Sunday, Kamel met with Israeli Prime Minister Benjamin Netanyahu and Palestinian President Mahmoud Abbas where they discussed the Gaza cease-fire and the reconstruction of the Palestinian territory. The visit came as Israeli Foreign Minister Gabi Ashkenazi visited Cairo for talks with Egyptian officials.

An Egyptian-brokered truce that took effect in the early hours of May 21 ended Israel’s 11-day bombardment of the Gaza Strip.

Israeli attacks in Gaza and the West Bank killed at least 289 people, including women and children, and left behind a trail of destruction. Health centers and media offices, as well as schools, were among the structures targeted-AA