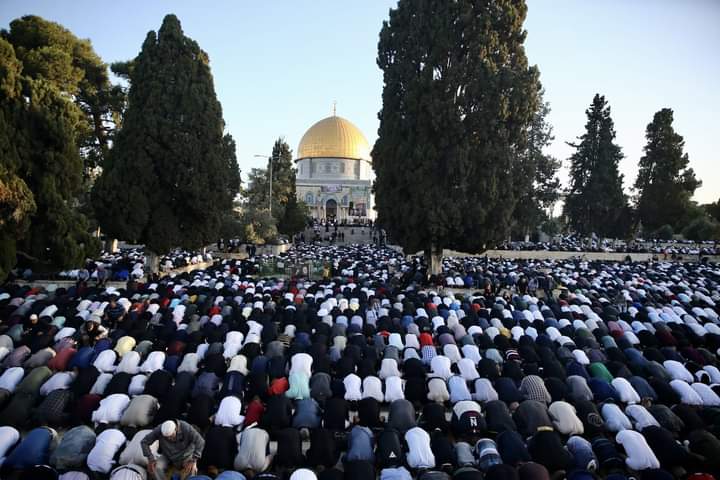 Palestinian residents of Gaza Strip woke up on Thursday to mark Eid al-Fitr – one of the holiest occasions in the Islamic calendar – amid relentless aerial bombardment by Israel.

Heavy bombardment on the Gaza Strip continued early on Thursday as Israeli forces launched a series of air raids on various locations.

“Most of Gaza is awake,” Al Jazeera’s Safwat al-Kahlout said, noting that bombardments continue into the night and early on Thursday.

Almighty ALLAH is our strength – AA