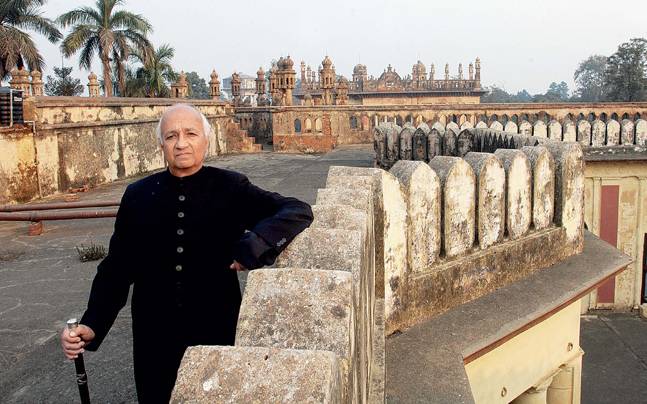 While signing for the fifth time the Enemy Property (Amendment and Validation) Ordinance President Pranab Mukherjee has earned a distinct authoritative image to re-promulgate an ordinance which did not pass in the winter session of the Parliament. He is the first president to re-promulgate an ordinance repeatedly for four times, after its initial promulgation. The ordinance must be looked in historical perspective as it violates fundamental rights enshrined in the Constitution.

Historically, in India, after the outbreak of Second World War in 1939, the Defence of India Act, 1939 was enacted and the Defence of India Rules, 1939 were made there under the office of the custodian of enemy property for India, Mumbai (then known as controller of enemy firms), was constituted to prevent paying money to the enemy (i.e. the Axis powers) and to administer enemy properties in India till peace was restored.

The 1968 Act was made after the Chinese aggression in 1962 as specific properties of Chinese nationals in India were vested in the custodian as per the Defence of India Rules, 1962. Subsequently, after the Indo-Pak conflicts of 1965 and 1971, the movable and immovable properties of Pakistani nationals automatically got vested in the custodian and their vesting was continued under the 1968 Act. A similar process for Indian-owned properties occurred in Pakistan.

However, both India and Pakistan violated the Tashkent Declaration. This declaration – signed on January 10, 1966 – included a clause, which said that India and Pakistan would discuss the return of the property and assets taken over by either side in connection with the 1965 conflict.

The violation of Tashkent Declaration in the past and the present state of the Enemy Property Ordinance has led to the glorification of five crucial flaws in the constitutional setup of the government.

Firstly, under the Enemy Property Ordinance, if the enemy ceased to be an enemy, then the property of its subject (citizen) will not be returned. This fundamentally deals with the flawed intention of the government as it shows that the ordinance was never for the reason of strained relations with the enemy but for the lust of property. Had it been for the sake of strained relations, then the ordinance would have been reversed and the property of the suspected citizen would have been returned if the citizen is not found guilty of committing any anti-nationalist offense.

Secondly, if an individual is found to be an enemy of state and his property is impounded by the government, the ordinance says that even after his death, the property will not be released to his legal heirs.

The Constitution of India says that no innocent person will be punished for the offence committed by others. Once the enemy of the state is dead, his property can no more be said as enemy property and therefore it should be released to his legal heirs who are citizens of India and not the enemies of the state but this ordinance doesn’t permit such succession. Thus the intention of the government isn’t to act against an enemy but to grab more and more property.

Thirdly, the properties which are impounded by the central government under this act are situated within India. Impounding such property in no way can cause any loss to the enemy country though it may cause loss to any particular subject of India whereas impounding such property directly benefits the central government which raises the obvious question as to why we require such laws which do not cause loss or weaken our enemy state rather such laws causes severe loss to the citizens of India.

Fourthly, Abuse of the law: the government from time to time has passed such laws in which they could easily arrest, falsely prosecute or harass people of a particular race, region, and community etc for political gains in the name of national security.

Lastly, under this ordinance, we can foresee that this ordinance will be used by the central government to harass and cause property loss to those who are not the political allies of the government. Therefore, this ordinance can never be considered as a law in the national interest rather undoubtedly this law is going to be a law which will create enmity between different sections of society and which will be detrimental to peace, unity, and integrity of India.

Contrary to the adversities that the citizens of the country are bound to face under this ordinance, the government is expected to pass such amendments in a democratic manner through Parliament so that it does not cause any injustice to anyone.