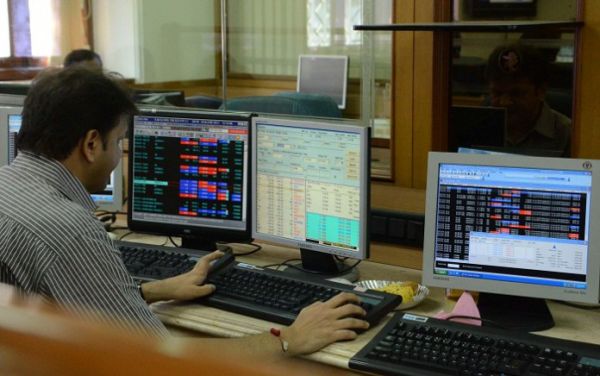 Mumbai : Supportive global cues and a healthy start to the earnings season lifted the key Indian equity indices over 2 per cent in the week ended Friday, with the BSE Sensex setting fresh benchmarks and the NSE Nifty50 closing over the 11,000-mark.

Globally, investors’ sentiments were strengthened after reports on Wednesday said China and the US may hold talks to resolve the ongoing trade tensions. Easing crude oil prices was also welcomed by the markets.

However, in the domestic market, weak macro-economic data released on Thursday trimmed the gains.

Market breadth, however, was negative in three out of the five trading sessions of the week, said Deepak Jasani, head of Retail Research at HDFC Securities.

Prateek Jain, Director of Hem Securities said: “Traders and investors seem impressed by the healthy start to the earnings season and easing crude oil prices. But towards the fag end of the week, profit-booking set on concerns of macro indicators.”

Retail inflation grew 5 per cent in June to a five-month high while industrial production slowed down to 3.2 per cent in May on weak manufacturing sector output, Jain said.

On the currency front, rupee closed at 68.53, strengthening by 35 paise from its previous week’s close of 68.88 per greenback.

Figures from the National Securities Depository (NSDL) revealed that foreign portfolio investors (FPIs) divested Rs 1,540.59 crore, or $224.27 million from the equities segment on stock exchanges during the week ended on July 13.

Sector-wise, oil and gas, IT and capital goods ended on a positive note, while metals and auto were among the major losers, Jasani told IANS.

Scrip-wise, Reliance Industries gained the most on the Sensex and in a major development its market capitalisation (m-cap) crossed the $100 billion mark this week.