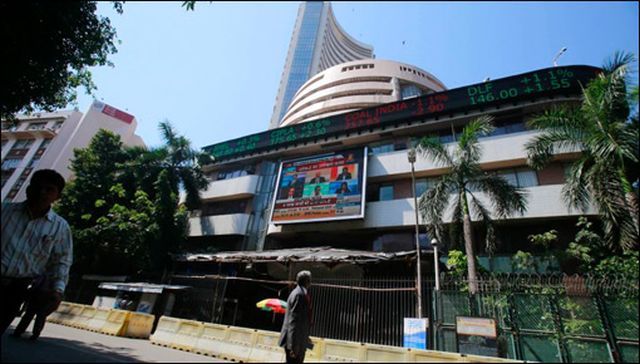 Mumbai : The Indian stock markets during the upcoming week are expected to take directions from domestic macro-economic data points slated to be released from March 12 onwards.

Apart from the data, developments on the global trade front, along with the direction of foreign funds, will also determine the course of key Indian equity indices, said market observers.

“Besides, global macro-economic data, developments in the Budget session of Parliament, trends in global markets, investment by foreign portfolio investors (FPIs) and domestic institutional investors (DIIs) will continue to dictate the trend on the bourses next week,” he said.

During March 5-9, figures from the National Securities Depository (NSDL) revealed that FPIs invested in equities worth Rs 1,384.36 crore, or $212.98 million.

“Broadly, the weekly trend is down, hence at higher levels, we are likely to witness selling pressure,” he added.

Last week, the Indian equity markets were engulfed by bears as global trade war fears following US President Donald Trump’s proposal to impose tariff on import of metals, along with the turmoil in the domestic banking sector, continued to erode the risk-taking appetite of investors.

“With global uncertainty over the US trade war and its reaction, all eyes are also on the proposed meeting of North Korean Leader Kim Jong Un and President Trump in the coming months,” Dhruv Desai, Director and Chief Operating Officer of Tradebulls, told IANS.

According to Vinod Nair, Head Of Research at Geojit Financial Services, absence of major triggers to maintain the upward trend is keeping investors on the sidelines.

“Though the long-term outlook for the domestic economy continues to be strong, issues like global trade headwinds, NPA (non-performing assets) issues and US Federal Reserve’s rate-hike trajectory are adding volatility to the market,” said Nair.

“Market participants are cautiously awaiting the CPI and IIP data next week. Inflation is expected to come down to 4.74 per cent in February which will ease bond yield in the near term. IIP is expected to show some moderation,” he added.