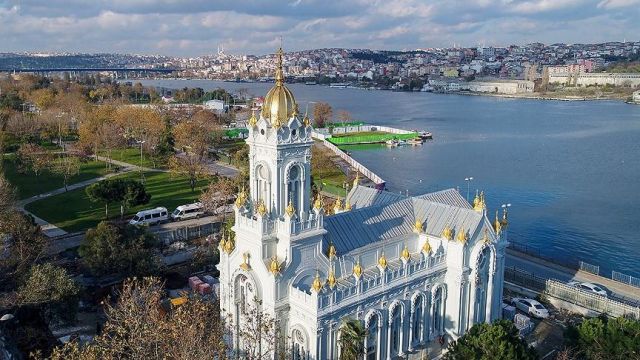 According to a statement issued by the Presidential Press Office on Saturday, Bulgarian Prime Minister Boyko Borisov will also be present during the ceremony in Balat district of the city.

The orthodox church, also known as St. Stephen Church, is located in the historic Balat neighborhood on the shore of the city’s Golden Horn.

It had been undergoing major restoration works for the last seven years, in a project co-funded by the Istanbul metropolitan municipality and the Bulgarian government.

It was rebuilt in 1898 from prefabricated cast iron elements after its former wooden structure caught fire.