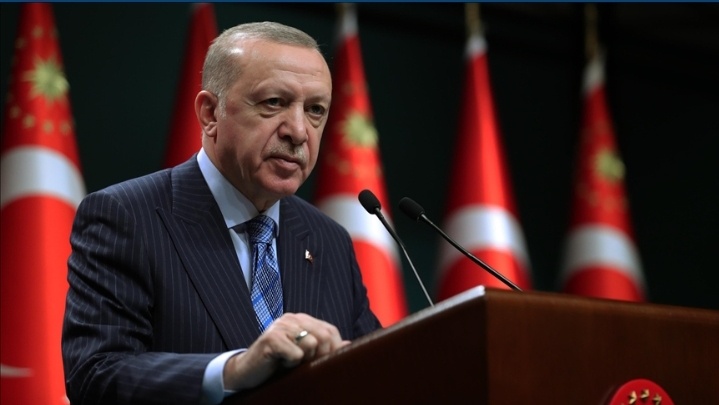 Turkey, with its entire population of 84 million, will continue to watch as events unfold in Jerusalem, the country’s President Recep Tayyip Erdogan declared on Monday.

Speaking after a Cabinet meeting in the capital Ankara, Erdogan called on the UN, UN Security Council, Organization of Islamic Cooperation (OIC), and other international organizations to act against the oppression of Palestinians, as well as on the issue of Jerusalem.

“At this point, we believe there’s a need for a separate arrangement on Jerusalem. To achieve lasting peace and tranquility in Jerusalem, which contains the indispensable religious symbols of Muslims, Jews, and Christians, everyone must make sacrifices,” Erdogan said.

“In today’s circumstances, it would be the most correct and consistent course of action for Jerusalem to be administered by a commission of representatives from the three faiths. Otherwise, it doesn’t appear it will be easily possible to achieve lasting peace in this ancient city,” he added.

He said that Turkey would lend its political and military support for international efforts to liberate Jerusalem and protect the Palestinian people.

Accusing Israel of being a “terrorist state” and violating Jerusalem, seen as holy by these three faiths, he also said it was “ruthlessly” bombing civilians in Gaza.

“This terror state, that has encroached on the privacy of Jerusalem on the one hand, while ruthlessly bombarding civilians in Gaza and leveling a colossal building housing media groups on the other, is Israel,” said Erdogan.

“But, you [Israel] are using disproportionate force, and you are dropping bombs on Gaza with your warplanes. Does Gaza have warplanes? No. Yours are countless, with which you strike.”

Erdogan said that those supporting Israeli actions in Jerusalem and Gaza would go down in history as being complicit in child murder and crimes against humanity.

“The declaration of Jerusalem as Israel’s capital by the US and other countries following it towards the end of 2017 has increased the appetite of this murderous state to spill blood,” Erdogan said.

“Those who have no interest in the deaths of Palestinian children by bombs are terrified that Israeli children are frightened by the sound of missiles. Look at this! One should remain silent when children are put to sleep, not being killed,” he said.

Erdogan also criticized his US counterpart Joe Biden for signing an arms deal with Israel.

“Today, we saw Biden’s signature for the arms [sale] to Israel. And, we found that this was an approval to sell 850,000 very very important weapons. When it comes to talking, they speak of disarmament,” he said.

“Mr. Biden, you sided with the Armenians on the so-called Armenian genocide. Now, unfortunately, you are writing history with your bloody hands in these events of seriously disproportionate attacks on Gaza that have caused the martyrdom of hundreds of thousands of people,” Erdogan added.

He also condemned Austria for flying an Israeli flag from its Chancellery building.

Flying a flag of a terrorist state from an official building amounts to living under the projection of terrorism. The Austrian state seems to be trying to make Muslims pay for genocide to which it subjected Jews,” he said.

“PKK terror group’s ringleader in Syria, codenamed Sofi Nurettin, was neutralized by Turkish forces in northern Iraq,” Erdogan said during the press conference, adding that the neutralized terrorist was guilty of many attacks against Turkish soldiers in Turkey’s anti-terror operations Euphrates Shield and Olive Branch.

The case of the neutralized terrorist demonstrates that the PKK/KCK and PYD/YPG are the same organization, said Erdogan.

The terrorist was also among the high-ranking members of the PKK terror group, which ordered the killings of 13 Turkish civilians in the Gara region of northern Iraq.

“I remind you that the same fate awaits everyone who betrays this country, fires a bullet, harms our people, threatens the integrity of our country, the unity of our nation, and the survival of our state,” he said.

COVID-19 infections in Turkey have been brought under control thanks to the partial and full lockdown measures during the Muslim holy month of Ramadan, the Turkish president added.

“We hope that from now on, there will be no need for measures as extensive and restrictive as before,” said Erdogan, as Turkey began its gradual normalization from the 17-day full lockdown.