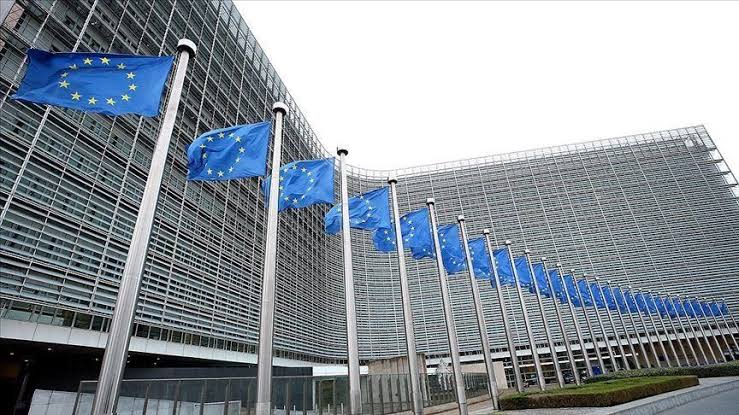 RAMALLAH, Palestine:  The EU on Sunday called for calm in occupied East Jerusalem amid tension over plans by Israeli settler groups to storm the flashpoint Al-Aqsa Mosque complex.

“Israeli authorities, religious and community leaders from all sides should act urgently to calm down this explosive situation,” the Office of the EU Representative said in a statement.

The statement called for avoiding acts of incitement and respecting the status quo in Jerusalem.

More than 1,201 Israeli settlers broke into the Al-Aqsa Mosque complex on Sunday through its Israeli-controlled Al-Mughrabi Gate, southwest of the mosque, according to the Islamic Endowment Department in Jerusalem.

This came as Israeli settler groups have called on supporters to force their way into flashpoint site in large numbers on Sunday to mark what they call the “destruction of the temple” in ancient times.

The so-called Sovereignty Movement in Israel is also preparing to organize a march for settlers around the walls of the Old City of Jerusalem on the same day.

Al-Aqsa Mosque is the world’s third-holiest site for Muslims. Jews call the area the Temple Mount, claiming it was the site of two Jewish temples in ancient times.

Israel occupied East Jerusalem, where al-Aqsa is located, during the 1967 Arab-Israeli war. It annexed the entire city in 1980, in a move never recognized by the international community.-AA