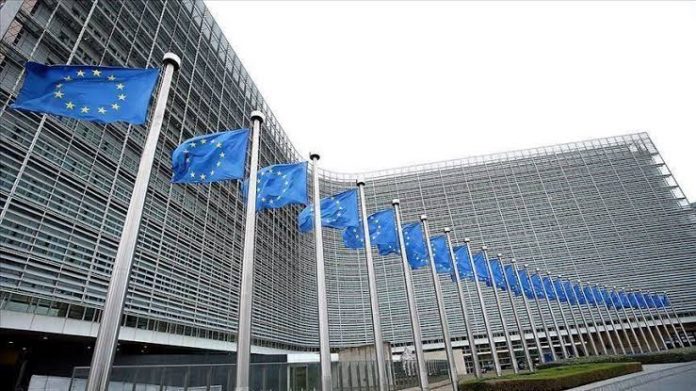 ANKARA:  The EU reiterated its call for Israel to halt its plans to expand settlements in the occupied Palestinian territories on Friday, warning that any new changes to the pre-1967 borders that are not agreed upon by the parties will be rejected by the bloc.

“Settlements are illegal under international law and constitute a major obstacle to the achievement of the two-state solution and a just, lasting and comprehensive peace between the parties,” according to a statement from the office of EU foreign policy chief Josep Borrell.

Underlining that the EU strongly rejects the expansion of settlements, the statement said the union will not recognize any changes to the pre-1967 borders, including those pertaining to Jerusalem, that are not agreed upon by the parties.

The statement urged the Israeli government to revoke the recent steps, which are totally incompatible with ongoing efforts to reduce tensions, and instead focus on furthering meaningful re-engagement between the conflicting parties.

“The EU will continue to play its part supporting steps towards sustainable peace between Israelis and Palestinians,” it added.

On Sunday, Palestinian Prime Minister Mohammad Shtayyeh called the plans “a blatant aggression on our lands.”

However, despite Shtayyeh’s condemnation, Israel’s Higher Planning Council approved the construction of 3,144 settlement units in the West Bank on Wednesday.

There were 13 illegal Jewish settlements in occupied East Jerusalem and 253 others in the West Bank. More than 660,000 Jewish settlers live in these settlements, making life even harder for Palestinians living under occupation.

Under international law, the West Bank, including East Jerusalem, is regarded as “occupied territory,” making all Jewish settlements there illegal.​​​​​​​-AA