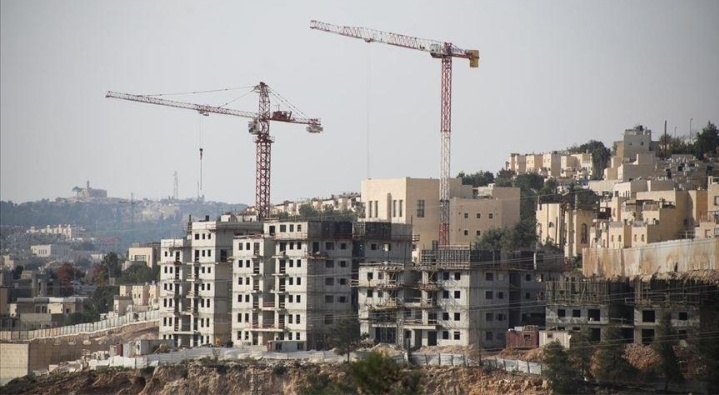 RAMALLAH, West Bank : In a joint letter, more than 400 European parliamentarians called on foreign ministers of their countries to stop Israel’s de facto annexation of the West Bank and end “the isolation of Gaza.”

Parliamentarians from 22 European countries, including the Social Democrats, Greens, and Labour Party members from the UK, France, Germany, and Sweden, addressed EU foreign policy chief Josep Borrell and foreign ministers of other European countries, saying that the Joe Biden presidency in the US is an “opportunity to address Israel-Palestinian conflict with renewed effort.”

“This letter is an important decision to put additional pressure on the occupation government to stop its violations and crimes against Palestinians,” said Younes Arar, the head of the international relations department on Palestinian Colonization and Wall Resistance Commission.

“This letter should be followed by pragmatic steps, Israel must be subjected to international sanctions to stop its violations in Palestinian territories,” Arar added.

“We are looking forward to the European Union will recognize the State of Palestine, and take actions to stop the annexation plans.

“The Israeli forces demolished the community of Homsa al-Baqia many times in the presence of the European diplomatic delegations which is insulting to the political and economic strength of the EU,” Arar said.

The letter decried the rapid progress of “de facto annexation, especially through accelerated settlement expansion and demolition of Palestinian structures.”

It added that a record number of demolitions of Palestinian homes was reported last year despite the pandemic.

“This letter should be respected and the Palestinians have to use it on their publicity for the Palestinian cause. It’s a narrative by the European lawmakers who were elected by their people. It’s not just in the Palestinian or Arab tongue. These lawmakers explain their opinion towards unjust Israeli policies,” said Bilal Al-Shobaki, a political science lecturer at Hebron University.

“This letter reflects the gap between the lawmakers and the executive authorities on their countries, that is why these types of letters almost have a limited effect on politics and media but not on the ground. The executive authorities didn’t take any step to reflect refusal of what Israel is doing in Palestine,” he added. ​​​​​​​

In the letter, the parliamentarians also called on European countries to work with the Biden administration and other parties in the region to “prevent unilateral action undermining the possibility of peace, advance the rights and security of all people under Israel’s effective control and build conditions that make a future negotiated agreement possible.”

“The Biden administration will not follow this letter, but it will not give the green light to Israel to apply any new steps in the annexation plan,” Al-Shobaki stressed. AA