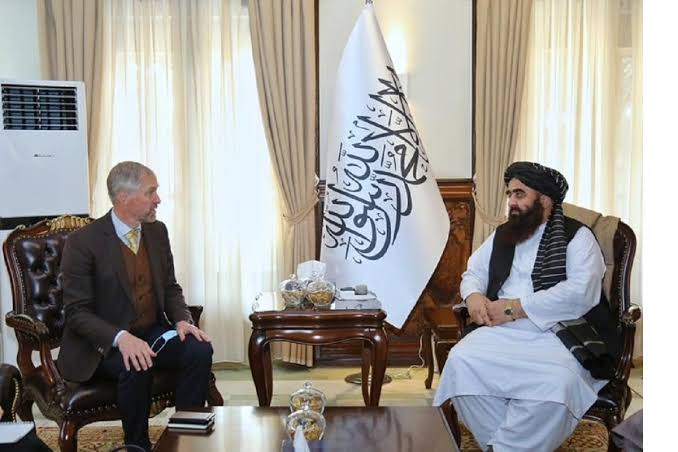 Kabul: The Taliban-led government’s Ministry of Foreign Affairs (MoFA) has announced that the European UNion (EU) has opened an Embassy for a “permanent presence” in Kabul and has “practically commenced operations”.

In a tweet on Friday, Ministry spokesman Abdul Qahar Balkhi said the decision to open the Embassy came after “consecutive meetings and reaching an understanding with EU representatives”.

“Apart from 220 million euros humanitarian aid, the EU announced 268 million euros additional assistance and set aside a portion for teachers’ salaries, which we welcome,” he added.

The EU also confirmed that it has re-established a “minimal presence” in Kabul.

“The EU has started to re-establish a minimal presence of international EU Delegation staff to facilitate the delivery of humanitarian aid and monitor the humanitarian situation,” TOLO News quoted the European Commission’s foreign affairs spokesman Peter Stano as saying to the media.

“Our minimal presence in Kabul must not in any way be seen as recognition. This has also been clearly communicated to the de facto authorities,” he added.

This development comes as the EU announced earlier this week that it has launched multiple projects in Afghanistan, amid the dire economic situation in the country, to prevent a further deterioration of the situation and also to help the Afghan people cope with current problems.

The EU has said that the funds are set to support projects for education, health, and the livelihoods of Afghan people.-IANS