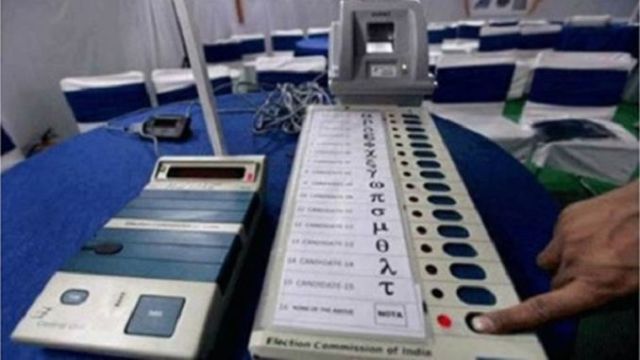 Mumbai : The contradictions between the buyer and suppliers of electronic voting machines (EVMs) in India have been laid bare in replies to right to information queries.

But even in year-wise details, replies given by the Election Commission of India (ECI) and the two public sector suppliers — Electronics Corporation of India Ltd (ECIL) Hyderabad and Bharat Electronics Ltd (BEL), Bengaluru — have thrown up inexplicable discrepancies.

According to Mumbai-based activist Manoranjan S. Roy, whose efforts through RTI queries have shown the serious mismatches, this points to a rot which may run deeper than expected.

Nevertheless, ECIL — through ECI — recovered an amount of Rs 50.64 crore from Maharashtra government between March-October 2012.

“The question is why such huge discrepancies in the EVMs figures received by ECI from the two companies? Where have the excess machines supplied by BEL and ECIL actually gone?” Roy asked. Same goes for the discrepancy in the money spent.

Even on the question of destroying old EVMs, there is lack of clarity. On July 21, 2017, the ECI said that it had not sold any EVMs as scrap. The EVMs procured in 1989-1990 were said to have been destroyed by the manufacturers themselves.

The ECI said that the process of destroying (old/outdated/irreparable) EVMs received by ECI between 2000-2005, “is still under consideration”, thus implying that all machines are still under its possession.

(Quaid Najmi can be contacted at q.najmi@ians.in)

Is Democracy being hijacked by EVM?