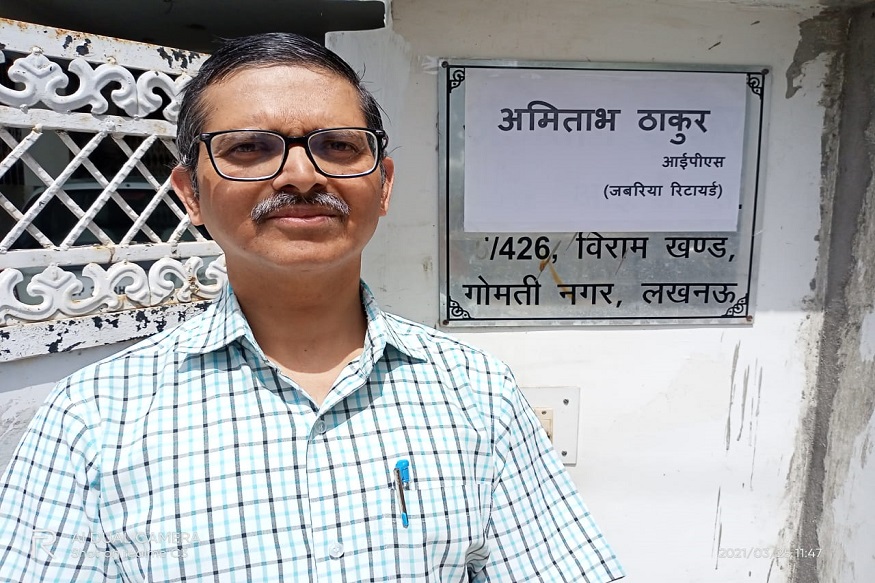 New Delhi: A few days ago, former Uttar Pradesh cadre IPS officer Amitabh Thakur had announced his decision to contest against Uttar Pradesh Chief Minister Yogi Adityanath in the state’s assembly elections and today he was put under house arrest ahead of his visit to Gorakhpur.

In a video message, Thakur said that when he was preparing to leave, the Gomti Nagar police arrived and told him that he can’t go ahead with the planned visit citing security reasons.

“I sent a letter to them and they gave me a bizarre response. They said that I couldn’t visit Gorakhpur and Faizabad due to the self immolation of a couple outside the Supreme Court. The woman had alleged rape by an MP and they said that it had led to anger amongst women against me and I can’t go to,” he added.

The police officials said that he had only been stopped from going to Gorakhpur as there was apprehension of breach of peace and threat to his security.

In a tweet, Thakur said that the police interrogated the owners of Naveen Guest House at various places where his programs were scheduled to take place.