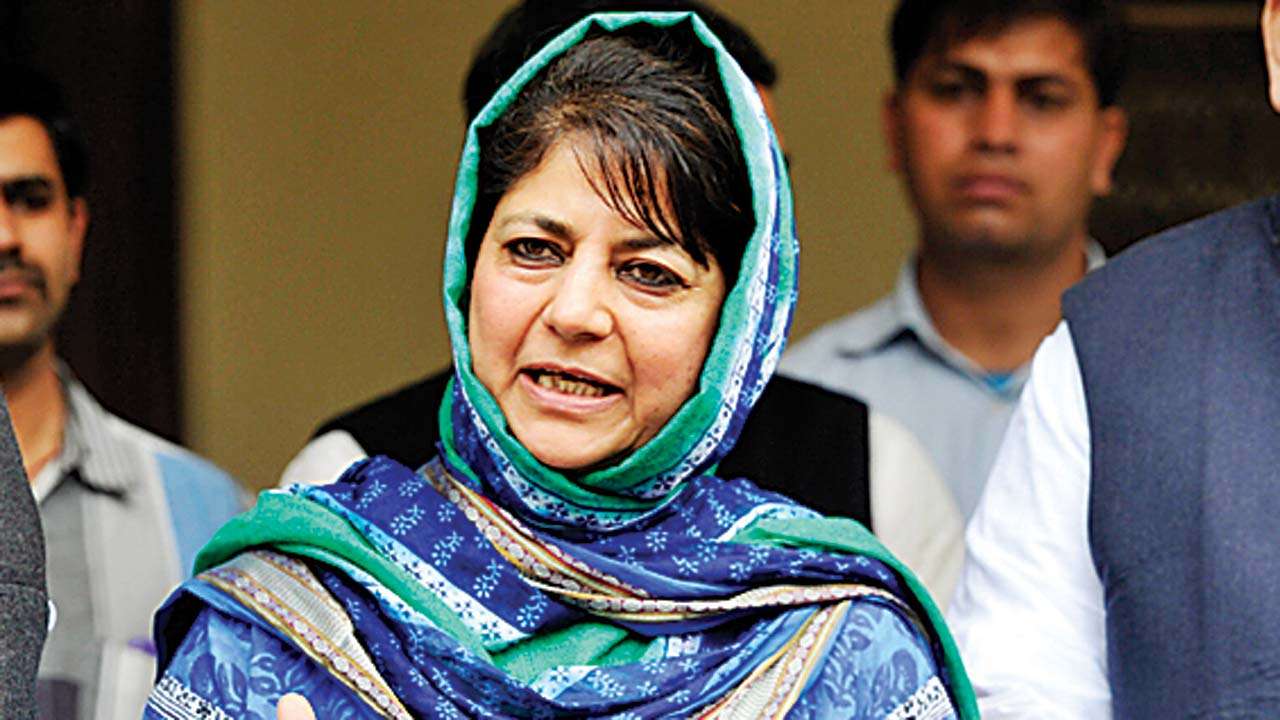 Mehbooba Mufti, former Chief Minister of Indian-administered Kashmir on Friday said that she would not raise the Indian flag until Kashmir’s own flag is back. “Our relationship with our national flag is not independent of the flag of the erstwhile state of Jammu and Kashmir. When we get that flag, we will raise the Indian flag as well,” she said.

Her remarked sparked a row in the political arena with the ruling Bharatiya Janata Party (BJP) seeking her arrest for the same and the Congress party saying that her remarks are “unacceptable”.

On Friday, the Jammu and Kashmir unit of Hindu right-wing party, BJP, described her statement “seditious”. “I request Lieutenant Governor Manoj Sinha to take cognisance of seditious remarks of Mehbooba Mufti, book her for the seditious act and put her behind bars,” Jammu and Kashmir BJP president Ravinder Raina told reporters.

“We will sacrifice every drop of our blood for our flag, country and motherland. J-K is an integral part of our country, so only one flag can be hoisted in J-K and that is the national flag,” he said.

If Kashmiri leaders are feeling insecure in India, they can go to Pakistan and China, he added.

Mufti made the remarks days after she was released from state-enforced custody after more than a year. She was detained ahead of the 5 August 2019 decision of the BJP party-led government to revoke Kashmir’s special status and its statehood.

In her press conference held on Friday, Mufti had accused the BJP of “looting” the dignity of the people of Kashmir.

Mufti’s remarks drew several people’s attention on social media. Some of them questioned her past decision to enjoy power while supporting New Delhi to suppress and oppress people of Kashmir.

“We had acceded to a liberal, democratic, secular India. Let me tell them we are not comfortable, we are incompatible with today’s India where minorities and Dalits are not safe and where they tried to disrespect us by looting our dignity,” she said.