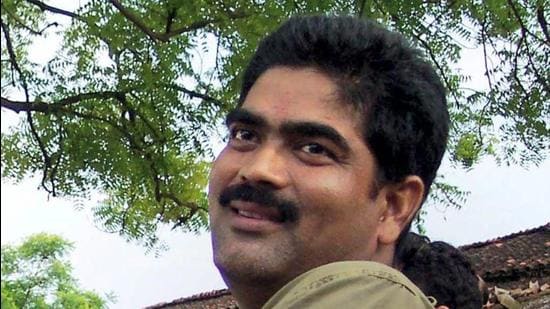 New Delhi: Former MP Mohammad Shahabuddin passed away days after he was diagnosed with Covid-19. He was shifted from Delhi’s Tihar Jail to a city hospital for treatment last week.

‘”Information has been received from DDU Hospital about death of Mohd Shahabuddin. He was suffering from Covid-19 and was admitted in DDU Hospital on 20 April 2021,” Tihar Jail DG Sandeep Goyal said.

Shahabuddin had said that no separate arrangements were made by the prison authorities despite other inmates testing Covid-19 positive in early April. He was kept in the same cell with other infected inmates.

The Delhi High Court on Wednesday had directed the Delhi government and the prison authorities to monitor his proper medical care and allow him to speak to a family member twice a day.

Shahabuddin was serving a life sentence in a murder case. He was facing other charges also.

He was a former Member of Parliament from the Siwan constituency in Bihar.

He was a close aide of former Bihar Chief Minister Lalu Prasad Yadav.

Mohammad Shahabuddin (born 10 May 1967) was an Indian politician and former Member of Parliament from the Siwan constituency in the state of Bihar.

He was a former member of the National Executive Committee of the Janata Dal and the Rashtriya Janata Dal.Shahabuddin was disqualified from contesting elections following his conviction for the kidnapping and disappearance of Chote Lal Gupta, an activist of the Communist Party of India (Marxist–Leninist) Liberation for which he is serving a life sentence.

He was also accused of killing 15 other Communist Party activists, including the former student leader Chandrashekhar Prasad.

His wife, Hena Shahab, has contested from the Siwan constituency as the candidate from the Rashtriya Janata Dal following his disqualification and has been described as a proxy candidate.

Mohammad Shahabuddhin was described as a convicted gangster, a bahubhali (strongman) in the Siwan district and a close aide of Lalu Prasad Yadav, the president of the Rashtriya Janata Dal. (With Wikipedia inputs )