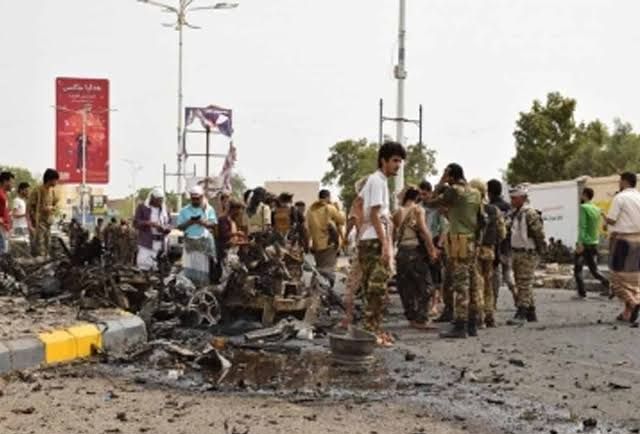 He clarified that the attack occurred while local authorities were preparing the shipment of crude exports to the global markets.

“Hours before the arrival of an exporting oil tanker to receive the shipment, two simultaneous explosions rocked the vicinity of Dhabah port that’s completely secured by government forces,” he said.

He confirmed that local security forces cordoned off all the main streets leading to Dhabah oil port and deployed heavily armoured vehicles around the area following the explosions.

Earlier this month, UN Special Envoy for Yemen Hans Grundberg announced that no agreement had been reached to renew the expired truce between the country’s warring parties.

The truce first went into force on April 2, and then was renewed twice through October 2.

Failure to renew the UN-brokered truce prompted the Houthi militia to warn all foreign oil companies based in the government-controlled provinces to immediately cease operating or face missile attacks.

Yemen has been mired in a civil war since late 2014 when the Iran-backed Houthi militia stormed several northern cities and forced the Saudi-backed government out of the capital Sanaa.

The war has killed tens of thousands of people, displaced four million, and pushed the country to the brink of starvation. — IANS