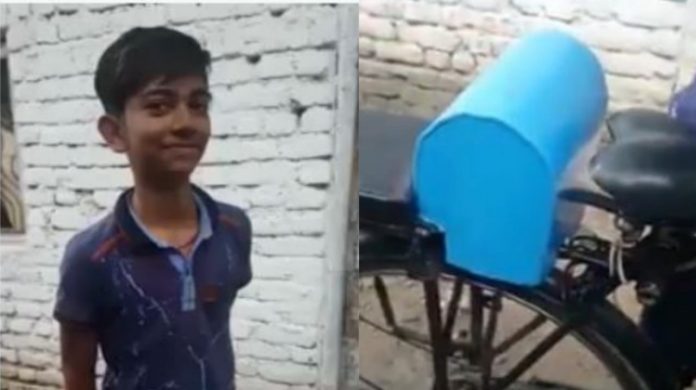 A minor boy named Mohammad Faizan has transformed a bicycle into an e-bike. This tech-savvy student of 8th grade has transformed a common paddle bike into an electric one. Attached to the bike are a self-starter switch, accelerator, clutch, breaks, and other features.

The bike is powered by an electrical motor. Faizan has connected the motor with a rechargeable battery that takes two hours to get fully charged. A single charge lasts for about 50 kilometres and there is a digital indicator that displays remaining battery levels.  The speedo-meter tells the speed of the bike. Faizan, who hails from Aurangabad, Maharashtra, claims that the top speed of the bike is 30 kilometres per hour.

Furkan Shoaib, another youn man from Uttar Pradesh, is part of the team working on a hybrid flying car. He has undergone training for flying drones.

VINATA  Aeromobility, the company that is manufacturing the car, has recently presented a prototype of what could soon be Asia’s first flying car to the Union Civil Aviation Minister Jyotiraditya Scindia.

The company is planning to get into production by 2023. The prototype of the flying car was exhibited at the world’s largest Helitech expo – Excel in London.