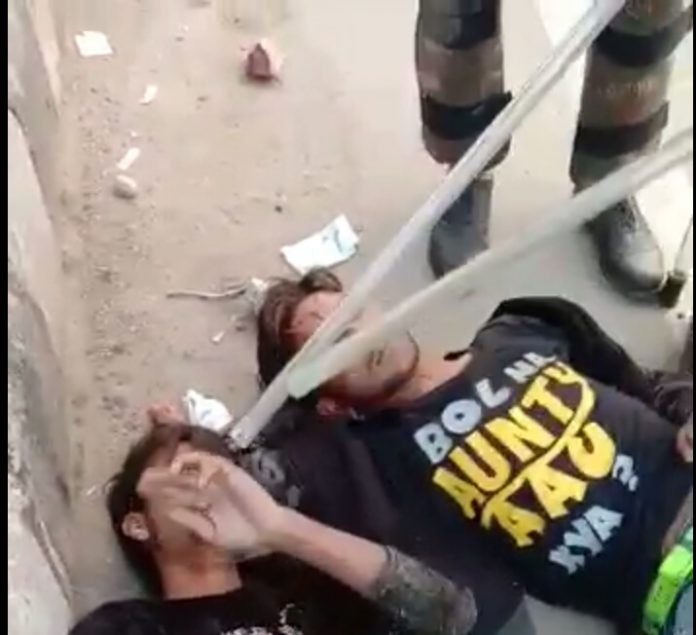 New Delhi: Faizan (24) who was shown critically injured with four other Muslim men in a video that surfaced on Tuesday, 25 February, on social media has died on Thursday, The Indian Express reported.

The video which was shared on social media shows police personnel beating five  critically injured  Muslims and a policeman capturing the incident on phone while they are being forced to sing national anthem.

Faizan was admitted to LNJP Hospital. “He was admitted to the neurosurgery ward of the hospital on Tuesday and died early Thursday morning. He had suffered gunshot wounds and was critical,” Dr Kishore Singh, medical director, LNJP hospital told The Indian Express.

Nayeem, Faizan’s elder brother, who works in a meat shop, told News18 that earlier they were taken to GTB hospital where they were treated for “name’s sake.” nalized.

Alt News had independently verified the video and had spoken to one of the victims seen in the video, who, on the condition of anonymity, had said, “Police had brutally thrashed the 5-6 (men). [They] broke someone’s hand, someone’s leg. My hand and leg are also broken. There are 8-10 stitches on my head. I am unable to speak. Policemen were saying do you want azaadi?”

Nayeem also alleged that the police had an idea that he was about to die.

“What we got from them was a battered body, bleeding through its skull, with the jaw broken. This was not Faizan. I saw my brother murmur in pain the whole night. He kept repeating “Police beat me up. They beat me up,” said Bablu, Faizan’s brother-in-law.