Muslim Mirror
Home Opinion Fall in the line or fall by the wayside- Who’s Next?
Facebook
Twitter
WhatsApp
Email
Telegram 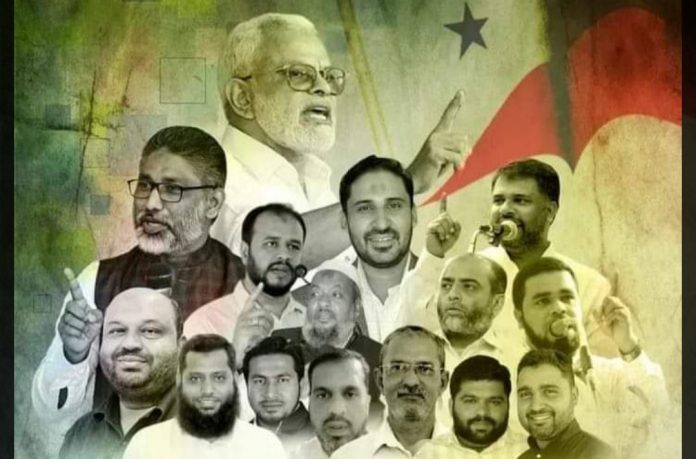 The message is loud and clear for all those who are opposing this fascist regime and especially for the Muslim minority – Fall in the line or fall by the wayside. Sadly, most of the so called top religious and political leaders of the community appear to have chosen the first option. But the question that must be asked from the loyal son of the brand new ‘Rashtra Pita’ and all those who appear to have chosen to subjugate themselves along with the community by either staying silent or even supporting this undemocratic subversion is, even falling in line enough for the oppressor? A little reflection on the recent past should at least force the community and its leaders to think about who is the next on the list to be targeted, if at all they can reflect and think.

A Sufi conference was held on March 17, 2016 and the who’s who of the Sufi world gathered there and bestowed great love to none other than the supreme leader, who was effusive in his praise, crediting Sufism with being Islam’s greatest gift, in his inaugural speech. “At a time when the dark shadows of violence are becoming longer, you are the noor or the light of hope. When young laughter is silenced by guns on the streets, you are the voice that heals”, he declared amid huge roar of applause from the attendees. Fast forward to May 2022, the tallest Sufi saint in India and his shrine is targeted by the right wing brethren of the admirer who credited ‘Sufism with being Islam’s greatest gift’, of course without any condemnation from him. Maharana Pratap Sena claimed that “The dargah of Khwaja Gareeb Nawaz was an ancient Hindu temple earlier. The symbols of Swastika are there on the walls and windows. We demand that ASI conduct a survey of the dargah.” Now all those who wishfully want to brush this aside as claims by ‘fringes’ and flaunt their closeness with the oppressor are free to do so at their own peril and wait till the opportune time comes for this ‘item of the to do list’ to be pursued after other items like Babri, Gyanvapi, Shahi Eidgah etc are ticked as done.

The systematic demonization of the madrasahs system since this regime took over and the subsequent silence of the community and its leaders has emboldened the oppressors to now formally interfere by ordering the survey of madrasahs and the ‘Rashtra Pita’ is now flagrant enough to suggest that Gita be taught in our madrasahs! It is a matter of time that this is imposed on us, meanwhile we must continue to be divided as Barelvis, Deobandis and others and must keep clapping on the ban of other organizations and preachers with our infighting on as usual, until it is decided that who will be first chosen by the ‘Rashtra Pita’ for this ‘great new beginning’.

For those who are unfamiliar with this fact, after the Defence and Railways, which belong to the central government, the next largest property owners in India are the Waqf Board. The fact is that on paper it is reported that Waqf properties in India is around 800,000 acres. Much empirical data has been put up by Scholars and researchers to suggest how the Waqf properties, if used properly, can uplift the condition of Muslim community. Now the Uttar Pradesh government has ordered a “good intentioned” survey of properties managed by Sunni and Shia Central Waqf Boards in the state to check for any anomalies in ownership of the properties or how they were acquired. In nutshell, while the plunder of the Waqf properties aka ‘the property of Allah’ is continued by the believers themselves, we can expect the impending outcome of this survey as it is being done under the watch of the UP CM, the ‘Savior of Muslims’ of course.

The ‘to do list’ of the oppressor goes on targeting all the minorities, the backwards, the intellectuals and liberals and all the political or ideological opposition alike, until the oppressor stands unopposed but then, the collaborators or the neutrals will not be spared either. Even if you fall in line, you will be made to fall in wayside, It’s just a matter of who’s next!