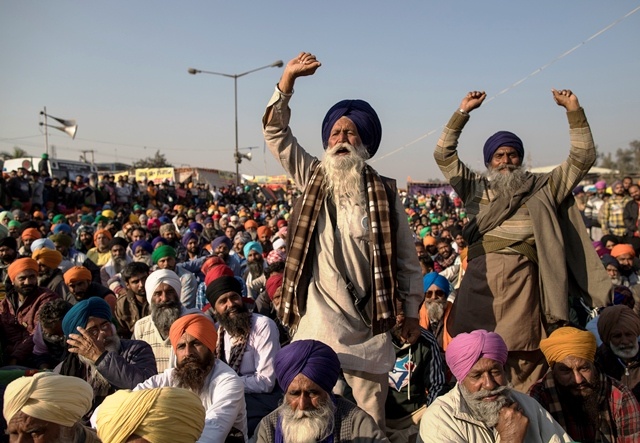 Perturbed over the fate of the agitation of farmers against three contentious farm laws, a 55-year-old marginal farmer on Wednesday allegedly committed suicide by consuming poisonous substance at a protest site in Jind district of Haryana.

The victim, Zile Singh, had been actively involved in serving food to farmers at the protest site on the Khatkar toll plaza for several months.

He is survived by his wife and three children.

Farmers at the protest site told the police that Zile Singh was under depression for the past few days over the fate of the agitation.

District BKU leader Azad Singh said Zile Singh was alone at the protest site when he committed the suicide at night.

In the morning when farmers arrived at the protest site they found him lying on the bed in an unconscious condition. A bottle of poison was recovered from there, he added.-IANS

Media obsession with actor’s suicide and over 84,000 suicides of farmers in 2 years