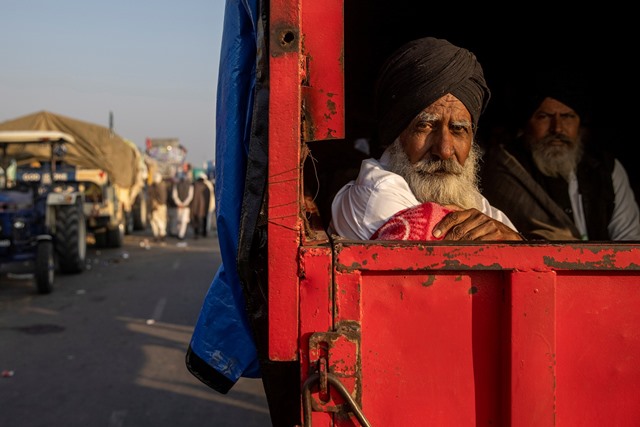 With the introduction and passing of the Farmers’ Produce Trade and Commerce (Promotion and Facilitation) Bill, 2020 in the month of September 2020, India for sure is going back in an age of ignorance and exploitation. Where farmers were extorted by the landlords and local money lenders with compounding interest on their hand loans borrowed due to famines, rains and wretchedness. The plight of the farmers has been well documented in movies like Do Beegha Zameen and Mother India.

The APMC markets (Mandis) were introduced to tackle this exploitation and take off the middleman, to bring the produce from farm to the market and being sold directly to the customer. With a benchmark prices set on those commodities being sold, ensuring that the farmer sells his produce at the set price without any variation and thus gaining the profits, and ensuring that the prices are not too heavy for the customers.

The Bills will prohibit the state governments to collect market fee and cess, which invariably would make these markets redundant. As the famers will not go to the markets to sell the goods and neither does the state governments would get any income from these markets. Now the monopoly would be with the corporates and the third parties to buy the produce from the farmers at horrendously low prices than the (Minimum support price) MSP and sell it at inflated prices in the market.

The Punjab state government knows these bills are not in favour of the minorities of this country, and it is to target another section of the minorities who have a strong grip in the agricultural aspect of this country. The Kashmiris were attacked earlier by abrogation of the article 370 and taking off its special status which would allow people from across India to buy land in Kashmir and which is what the ruling party is propagating to people in Hyderabad, when they were rallying in the municipal elections, marketing Hindus to buy and invest their money on lands in Kashmir.

Why are the farmers only from Punjab and Haryana are protesting the farm bills and why not it’s the case with the farmers from the other states of India? The simple answer to this is; Punjab is the one of the largest producers of essential food crops and commodities and it was the first state to oppose the farm bill when it was passed in the parliament. It was also one of the few states which outrightly said in the parliament that, they are not going to impose the NRC/CAB bills when they were introduced.

Now the radar has shifted to another minority section of this country the Sikhs from the Muslims, who have traditionally been the farming community. One thing is for assured that; this government knows the formula for winning the elections. which is through money and power, and it is setting up its crony corporate players in the Indian markets, who can make sure that they rule with their wealthy empire, absolute power and authority in a majoritarian democracy.

The farmers from other states should understand this con setup, by the government and come in support of the farmers of Punjab and need to stand as one. When the voices of the farmers can echo from all corners of India, then the state governments will come into action and can pressurize the party at the centre to take back these dubious Bills.